See this painting below? (Link if needed) 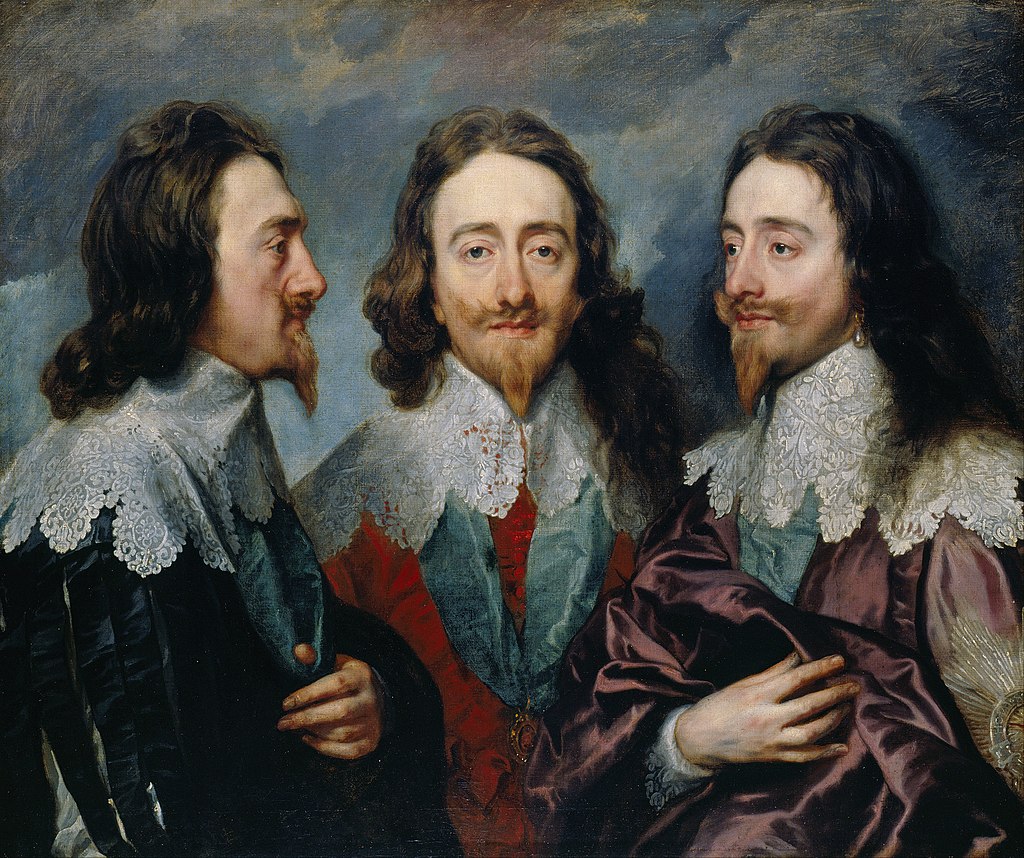 This is called Charles I in Three Positions, a famous portrait painting of King Charles I, painted by the Flemish painter Van Dyck. It portrays King Charles I in three positions, in different costumes, nearly identical to each other. Now, this is merely metaphorical, and wasn't painted to be literal. It was based off another painting called the Triple Portrait of a Goldsmith, which itself was copied by a lost portrait of Cesare Borgia, and this painting would be copied for the Triple Portrait of Cardinal de Richelieu. Whenever I see this painting, I always joked that King Charles I had two identical brothers.

So, this got me thinking of crazy and hypothetical question. What if King James VI and I and Anne of Denmark had not just Charles on his birth, but also miraculously two more children. What if Charles was part of triplet brothers and was pair of threes that survived into Adulthood.

For this hypnotical Stuart Triplets, here are the names:
1. Charles (OTL Charles I)
2. James
3. Edward

So, with wild and hypothetical question (That is admittedly a crack idea), what if Charles I was a triplet?