The Black Giant in Bonn: An Alternate 70's timeline 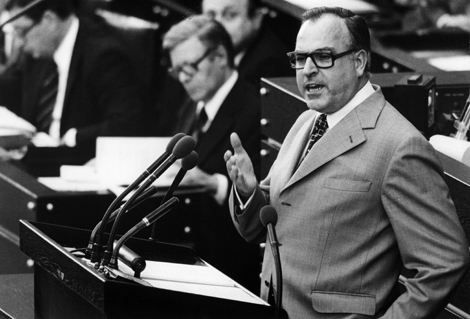 Helmut Kohl giving a speech in front of the Parliament​
Helmut Kohl. The eternal chancellor. He is one of the most recognizable people in german political history. And his federal career could have started a lot earlier, if he won the elections of 1976. This timeline will hopefully answer the question, how Kohl would have acted as Chancellor.

So, welcome people! This will be my first timeline on this site and in general. I'm not the most well versed in my historical knowledge and I'm having to research a lot about the time, but I hope I can bring you all a great timeline and entertain at least a few of you guys. As this is my first timeline, any input, help, criticisim, suggestions and corrections are very much welcome!

The first update with the POD will probably follow soonish .

But without further ado, here is:


The Black Giant in Bonn 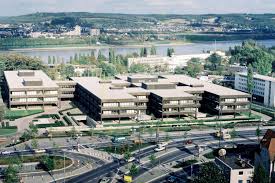 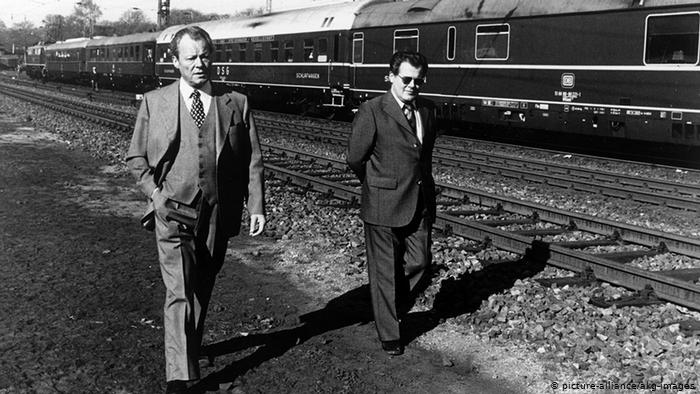 Chancellor Willy Brandt and his assistant Günter Guillaume in 1974​

One of the pivotal moments in the later years of the Brandt chancellory was indeed the Guillaume affair. Günter Guillaume, born in 1927 in Berlin, was the assistant of Willy Brandt.

He and his wife Christel emigrated to Frankfurt,West Germany in 1956. The son of a pianist were part of the SED(Socialist Unity Party) since 1952 and he was registered as a agent for the Stasis since 1954, Günter known as “Hansen” and his wife Christel, who was registered in 1958, known as “Heinze”. Günter was a member of the SPD since 1957, slowly rising through the hierarchy of the SPD, he worked as the campaign manager for the Federal Minister of Transport, Georg Leber, in 1969 in the election district of Frankfurt. He was named the personal secretary of Chancellor Willy Brandt in 1972, where he gained access to classified documents and had insights into Brandts private life and access to the office of the chancellor..

He was suspected to be an asset since 1973, when Guillaume appeared in three separate cases suspected of espionage. His identity was confirmed when old radio messages from 1956 and 1957 were linked to Guillaume and his wife.[1] The director of the Federal Office for the Protection of the Constitution Günther Nollau informed the Minister of the Interior Hans-Dietrich Genscher about the suspicions against Guillaume. Genscher in turn went to Chancellor Brandt. They agreed to let Guillaume stay on as the personal assistant to further investigate him.[2] 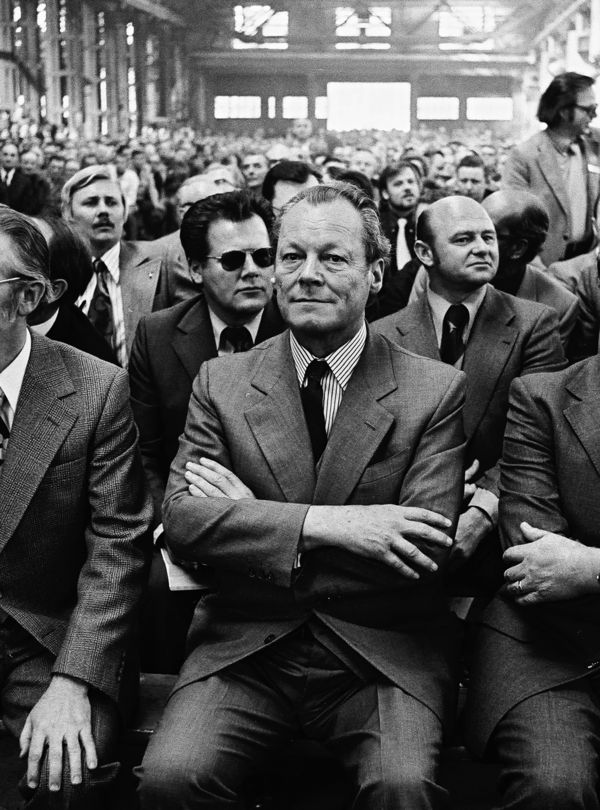 In March of 1974, Nollau and Genscher once again went to Brandt to inform him about the situation. Günter Guillaume wasn’t near the office when they arrived so Nollau confirmed they would move forward to arrest him within the next two weeks. Brandt approved of the arrest, but he underestimated the situation, believing it would be resolved soonish without media attention. But unbeknown to the three, Guillaume had other plans himself.

The KGB, having been informed about Guillaume by their allies, ordered the GDR to pull him out, as the Soviet Union viewed Brandt as a ally within the west. One of Brandts actions as chancellor was to build up rapport and reapproach Eastern Europe and the Soviet Union. They thought, this needs to continue, so they saw the danger Guillaume posed towards a friendship to the West Germany.[3] The GDR wasn’t convinced at first, but on the 12th of April, 1974, 12 days before the arrest would have taken place, Günter Guillaume, his wife and his children suddenly disappeared. Genscher, suspecting, they heard about the investigation put the border guards on high alert and a arrest warrant was issued for Guillaume.

Guillaume and his family soon abandoned their car near Würzburg in Bavaria and rented a car there. They planned to cross the border in the Rhön mountains and took the rental car there. The family's car was found by police around noon and Genscher finally notified Brandt about the situation. Brandt was shocked, but quickly reaffirmed the Minister to find and arrest Guillaume and his wife and stop them to cross the border at all cost.

When the family neared the border, they were stopped by a patrol of the Bundeswehr. On the other side of the border, GDR troops quickly gathered as well. A standoff, that lasted more than 5 hours, occurred, as the Bundeswehr and police didn’t know if Guillaume was armed and they feared for retaliation by GDR troops if they tried to move in. Guillaume, who indeed was in possession of a firearm in turn knew, as soon as he left the car, the police would move in. In the end, his wife Christel persuaded him to surrender for the sake of their children within the car. At 10:45pm Günter Guillaume was arrested and reportedly said: “I’m an officer of the National People's Army and member of the Ministry for State Security. I ask to respect my officer’s honor.” ( Ich bin Offizier der Nationalen Volksarmee der DDR und Mitarbeiter des Ministeriums für Staatssicherheit. Ich bitte, meine Offiziersehre zu respektieren.)[4] 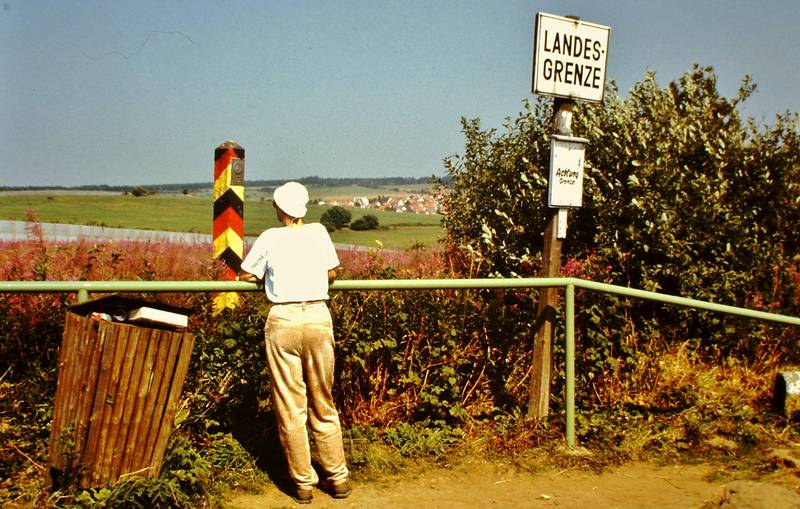 The inner german border near the Röhn Mountains in Bavaria, where Guillaume was arrested​

The damage was done. The Federal Criminal Police Office quickly put together a dossier with information that was probably obtained by Guillaume. Guillaume himself refused to give a statement about the accusation but pleaded to have a chance to talk to Brandt to explain himself. That offer was refused more then once by Brandt and the police. Apparently a few of the secret documents Guillaume had sent to his GDR bosses were already leaked to the press, as they were reporting non stop about the whole affair. Accusations about Brandts adultery and his apparent depressions were in every newspaper and on every news show.

Nollau approached Herbert Wehner, the Leader of the SPD in the Bundestag and a known critic of Brandt, and asked of him to convince the scandal ridden chancellor to step down. Wehner wasn’t averse to the idea and when Willy Brandt approached him a few days after to ask for the parties support, Wehner would offer the support but wouldn’t state if they would support Willy Brandt or another Chancellor. Brandt was clearly enraged by this and considered to resign then and there and he reportedly even wrote the letter and was about to send it to President Heinemann. But the former mayor was thinking about the decision hard, and came to the conclusion, that Wehner was trying to get rid of him and appoint a in Wehner's eyes “more approachable” candidate. That’s when Brandt made the pivotal decision to burn the letter. If he would go down, he would go down fighting.[5] 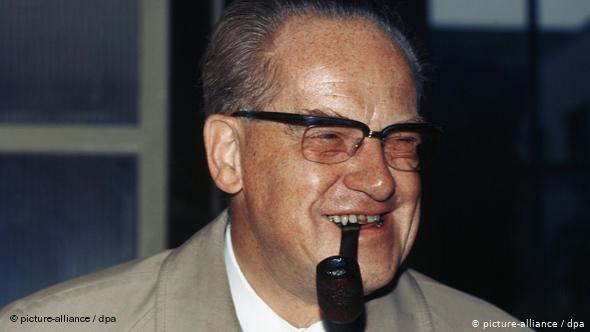 Herbert Wehner, then Leader of the SPD in the Bundestag

​
[1] The messages sent were birthday wishes for Günter in 1956 and a congratulatory message regarding the birth of Guillaumes son in 1957
[2] Nollau was reported to be the leading voice for this decision, but all three thought they could get mor information about Guillaume this way
[3] According to Vasili Mitrokhin, the KGB actually did ask this in OTL as well, but the GDR refused to pull him out. Thats our POD
[4] Actual quote of Guillaume IOTL after he was arrested at his home
[5] Of course another POD from our timeline with Brandt refusing to step down as Chancellor.
-----------

And here is the first chapter. I aim to release a chapter each week and I would be excited to hear what you think of the POD and the chapter.
Last edited: Jun 6, 2020

Sorry, you didn´t went on with the story. Kohl in `76 is a german election-WI with great potential, still it´s diifficult to get attention for it on a mostly anglo-american site.
Threadmarks
Reader mode
You must log in or register to reply here.
Top
Share:
Share
Top