Standing Tall | The World Without 9/11

Standing Tall
The World Without 9/11
​
"My fellow Americans, I am more than proud to bring you this great news. Thanks to our brave servicemen and women, we have now confirmed the death of Osama Bin Laden, one of the known leaders of al-Qaeda and the mastermind behind the failed bombing of the World Trade Center." - President Bill Clinton

"See, Clinton thinks he's such a tough guy because of some obscure terrorist's death. He thinks that Osama was some 'big deal' and that people will take to the streets and praise him and worship the ground he walks on. Of course he left out the part that we killed hundreds of innocent people, folks." - radio host Rush Limbaugh

"I mean I think this is great. I think this should've happened sooner, but I know Bill had a reason and Bill, and his wife also, are very smart people. What matters is this guy is under the dirt and any good terrorist is a dead one." - New York real-estate mogul Donald Trump

The World Trade Center as seen in the summer of 2011​
Chapter One
Decisions, Decisions 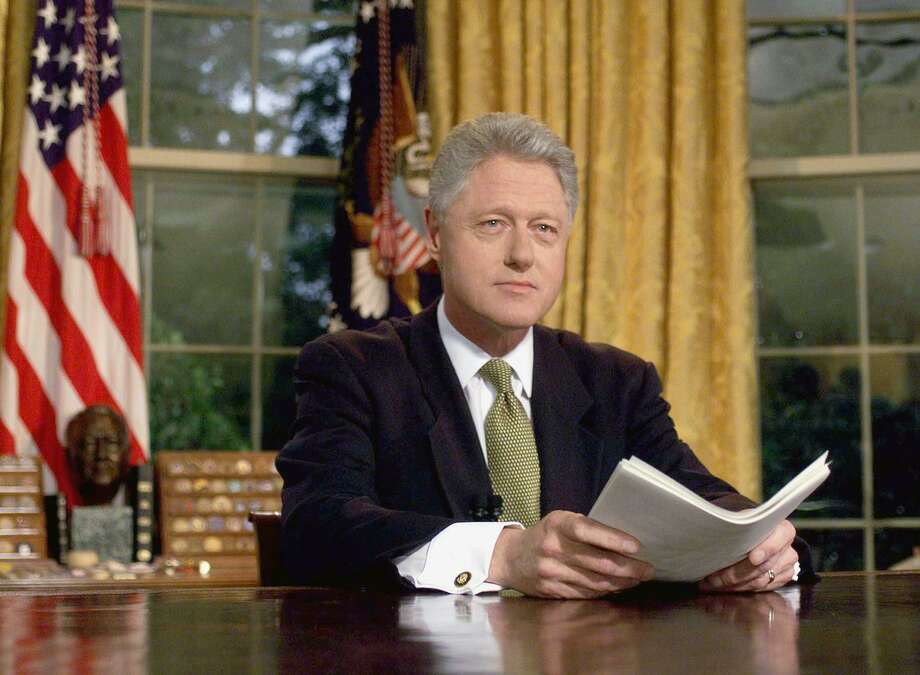 "We kill him but we kill a few hundred civilians in the process, what will that make us? Will we be better than him? But what if we let him live and he kills a few hundred of us? Then what? Will blood be on my hands then?" the president thought to himself.

This question was something Clinton could not come to a straight answer on. If he kills bin Laden, there's a guaranteed 100 to 400 dead civilians, and he knew that he would have to live with that for the rest of his life. But if he did not kill bin Laden then and there, he could organize bigger attacks on American civilians, and that would be something he would have to live with, as well. His endless train of thought only ended when his Chief of Staff entered the Oval.

"Mr. President, General Shelton is here to see you."

"Alright, send him on in." replied the president.

General Shelton, the Chairman of the Joint Chiefs of Staff, wanted to meet with Clinton personally to get his approval for an aerial assault on Kandahar. Shelton knew that this is a difficult, moral decision to make, and he wanted to make sure Clinton would be willing to authorize the attack.

"Mr. President, do I have your authorization to start the operation? We have our forces on standby, sir."

"General," the president began, "either way I look at it, there is blood on my hands. Let's say we go ahead and kill bin Laden, right? Well we both know that many, many civilians will be killed in the bombing. We've killed the leader of al-Qaeda, but at what cost?"

"It's a high price, Mr. President, I agree with that," Shelton replied.

"But let's say I tell you to not carry out the attack," continued the president, "and al-Qaeda is still intact. What's to say that they don't come back and kill hundreds of our civilians?"

The president slumped back in his chair. "I really cannot make up my mind. It seems like no matter what I choose, innocent people will die now or later, because of what I did or did not do."

"Mr. President, I would like you to think about it this way. We both serve the United States of America. We both want to make sure our citizens are safe and prosperous. Since it seems that regardless of if we attack or not, there will be dead civilians. The question is, should it be American citizens, or should it be Afghan citizens?"

The president slowly began to make his mind up.

"And sir, if we do kill bin Laden, it will probably be better for Afghanistan in the long-run, being rid of the al-Qaeda BS," said the general.

"Alright, General," Clinton began, "You may authorize the attack at your will."

The general promptly got up, thanked the president, and left. Clinton had made his decision, but even then, did he make the right one?

A few hours after he gave the authorization, Clinton's Chief of Staff came to tell the president that General Shelton was on the line. Unsure about the operation, Clinton held his breath and picked up the phone.

"Mr. President, the operation was a success. Osama bin Laden is dead."