Hey there! For a while now I’ve had some ideas running around in the hampster ball inside of my mind for a while about a world where America won the war of 1812 along with some other POD’s I am willing to accept things

The 2018 election was one of the most heated in United States History, President Hagel had proven to have a good start to his term, With his Normalization of relations with the Republic of Korea and the expansion of Infrastructure with 12 Nuclear Power Plant's beginning construction within the first 3 years of his term, Re-election seemed to be a sure thing in the year 2015. That was however until the beginning of the Baluchistan crisis which eventually after the USS Trudeau was sunk in the Arabian Sea which led to the declaration of war on December 1st, 2015, and an Invasion in February of 2016

The war while initially successful with Karachi being captured by May of the same year, However, while thereafter the initial occupation proved successful resistance groups within the country began to become a thorn in the side of the forces placed there. Along with this crime committed by the occupying American Forces there led to mass protests against the War. Hagel in an attempt to try and turn the tides of the war with the intensification of bombing campaign's with the dropping of them leading to mass condemnation from members within the League of Free Nations in reaction to the targets hit

None of this was helped however by the fact that in May 2016 the housing market collapsed within the US and the Stock Market collapsed leading to midterms which slaughtered the Republican Majority in the Senate and in the House. As the democrats stonewalled his agenda Hagel began to use executive orders for most of his agenda. This led to by mid-2017 with the war only growing more and more unpopular by the time of the Democratic Primary's came along the election became more of a question of not if they could beat Hagel but who would beat Hagel

The Democratic primary was intense with Progressive Kate brown leading initially before being trailed by the moderate Steve Bullock within the polls with Candidate Laura Kelly serving as a close third, Eventually however by the time the primary campaign came to an end Kate Brown secured the nomination while nominating Steve Bullock as her VP

The election of 1994 is one of the most contentious elections within the history of the United State's with the campaign field being one of the most toxic in history only compared to the election of 2006.The main political issues in the elections was whether or not the expansion of Americare would introduce a single player healthcare system in the US. Originally Tsongas had campaigned on the reformation of healthcare and expansion of infrastructure but Republican victories in 1990 in the house and the senate complicated matters.This was not helped by the perception of the Eritrean war as a bungled mess by the public due to a perceived weakness on his part for not pushing for a further invasion of the Egyptian invaders.


Along with this there was the issue of a open border with The Republic of Mexico for trade and other agreement’s.Beneficial to both parties it was seen as seen as what would have been a groundbreaking deal in North American relations.It was not meant to be however with the Republican senate pushing against it hard,

However at what seemed to be the perfect time for Vice President Bob Rae to push him and Tsonga’s bills in the senate.Tragedy struck when an Egyptian nationalist triggered a car bomb during his visit to Addis Ababa killed him and Secretary of State Kim Campbell almost instantly.This violent killing triggered a push towards foreign policy and shifted the administration from home to affairs elsewhere stalling any progress domestically

How many states are there in this 1812 us victory?

Jeez thats a lot but well considering federal election and what not makes sense btw does okinawa became a state?

Rfl23 said:
Jeez thats a lot but well considering federal election and what not makes sense btw does okinawa became a state?
Click to expand...

Okinawa does not become state! It is however part of the UK as of 2021 in this timeline

Calbertbreastpeach said:
Okinawa does not become state! It is however part of the UK as of 2021 in this timeline
Click to expand...

Rfl23 said:
Ah okay shame the us didnt get okinawa as it would ve interesting
Click to expand...

Calbertbreastpeach said:
Okinawa is sort of a British treaty port of sorts here and the Antarctican (Australian OTL) Anglo-American-Japanese alliance did a lot of legwork in the pacific as a group against China and Siam and that sort
Click to expand...

Ah i see i see couldnt wait to see mpre of this anglo-americab-japanese allience (i bet china is a balkanized?)

The world as of 2021 is a fairly chaotic one with the Baluchistan war being ongoing and the ongoing tensions between the former russian state
Click to expand...

Indonesia is disunited? Interesting is java under monarchy or a republic?

Rfl23 said:
Indonesia is disunited? Interesting is java under monarchy or a republic?
Click to expand...

Currently Java’s economy is based mostly around tourism and electronic’s with Java serving as one of the 10 Esport’s capitals of the world the other 9 being Patagonia,Abnyssia,Haiti,Britain,Spain,Italy,Zapdoslavia,France

Calbertbreastpeach said:
The Union of Java is under a 4 party parliamentary republic with Prime Minister Ridwan Kamil just entering into his 3rd term as of 2021

Currently Java’s economy is based mostly around tourism and electronic’s with Java serving as one of the 10 Esport’s capitals of the world the other 9 being Patagonia,Abnyssia,Haiti,Britain,Spain,Italy,Zapdoslavia,France
Click to expand...

I see though java is home to several mining operation like the marble stuff in the southern part (not to mention i bet they have the highest stabdard of living in the nusantara area due to well being java) and by the looks of it java controls not only mainland java but also bali,the lesser sunda island and the mollucas us that correct? (If you want i could try making a union of java flag)
US Senate Composition as of 2021 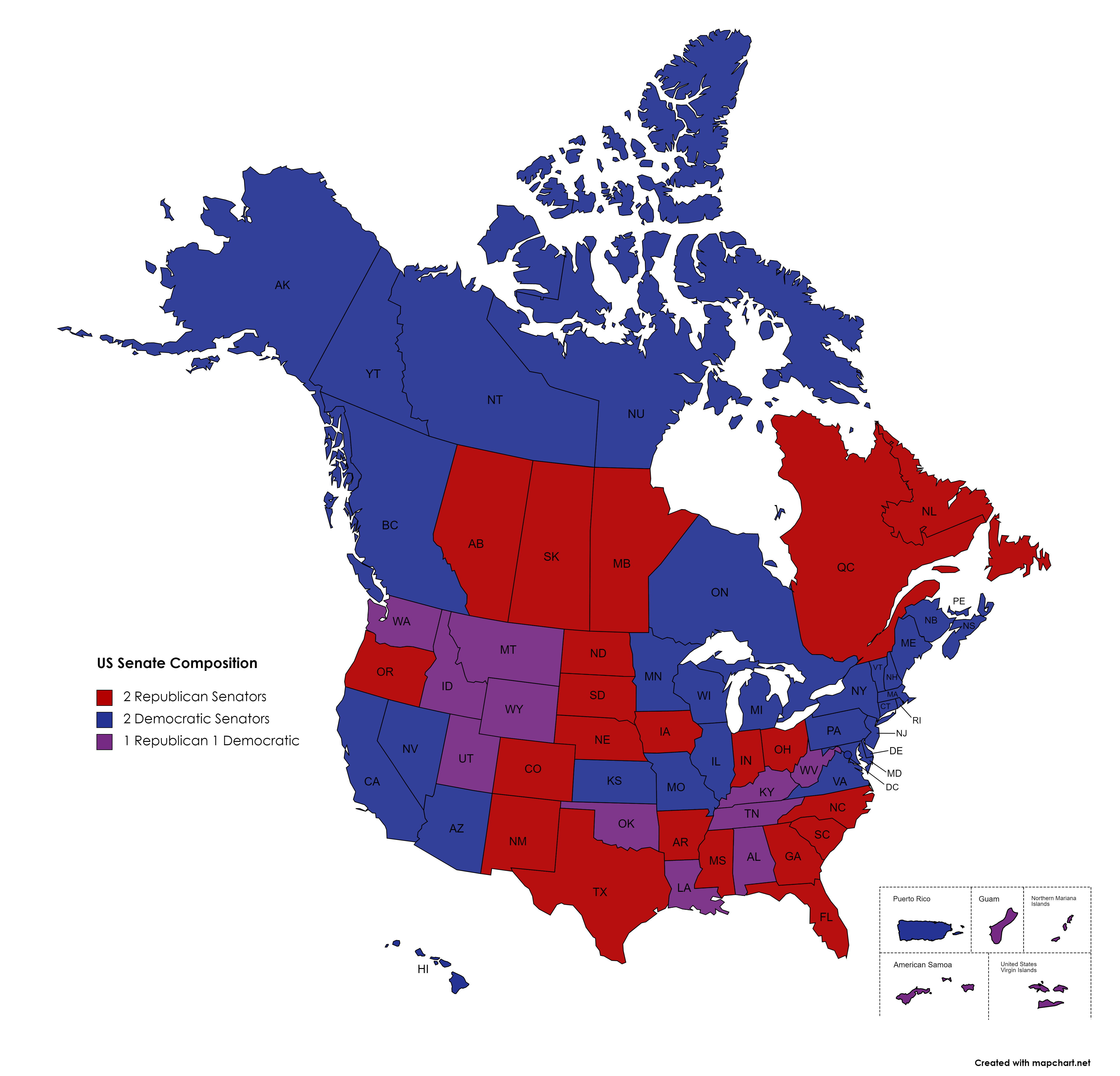 The Eleventh Doctor is an incarnation of The Doctor,The protagonist of the hit GEBN (Global English Broadcasting Network)science fiction show Doctor Who.Played by actor Sam Witwer he was the first American in the role in 20 years since Samuel L Jackson.An up and coming actor who had finished his role in the hit Star Wars:The Force Unleashed TV Show he was chosen to succeed Ryan Reynolds by the show runner Greg Berlanti after seeing his performance in the show.Slightly unpopular at first due to a certain darkness he brought to the beloved Doctor he won the audiences over with how different he was from Reynold’s with his portrayal of the doctor being more brooding and Byronic then the tenth.He is also notable for being the first doctor to have a relationship with another man with his relationship with Aidan Waite serving as an iconic queer relationship in the 2010s. The Eleventh Doctor served as a darker take on the beloved Sci Fi hero with the Doctor no longer refraining from killing people such as when in the aftermath of the betrayal of his companion John Carter who killed beloved companions Lucie and Kyle he killed them with his Sonic Screwdriver

Eleven was known for his darker take on heroism serving as a more byronic version of the classic hero.A classic example of good not being nice he was rude and crass which threw fans off at first but eventually as his character developed more with the introduction of his new companion’s he became well liked for his character development and change of tone within his later seasons


Eleven regenerated in the final special “Traitors Requiem” wherein the doctor fought his former friend Rex Zarovich in the city of Moscow.The battle eventually culminated in Eleven sparing Rex and the two of them watched the nuclear bombs drop on the city.Eleven originally wanting to die had a vision of his close friends still waiting for him in the tardis and regenerated anyway


Eleven is also renowned for his crossover adventurers with the 5th,8th and 10th Doctor resulting in one of the most popular crossover events in tv history

First words:”Your going to die for that” 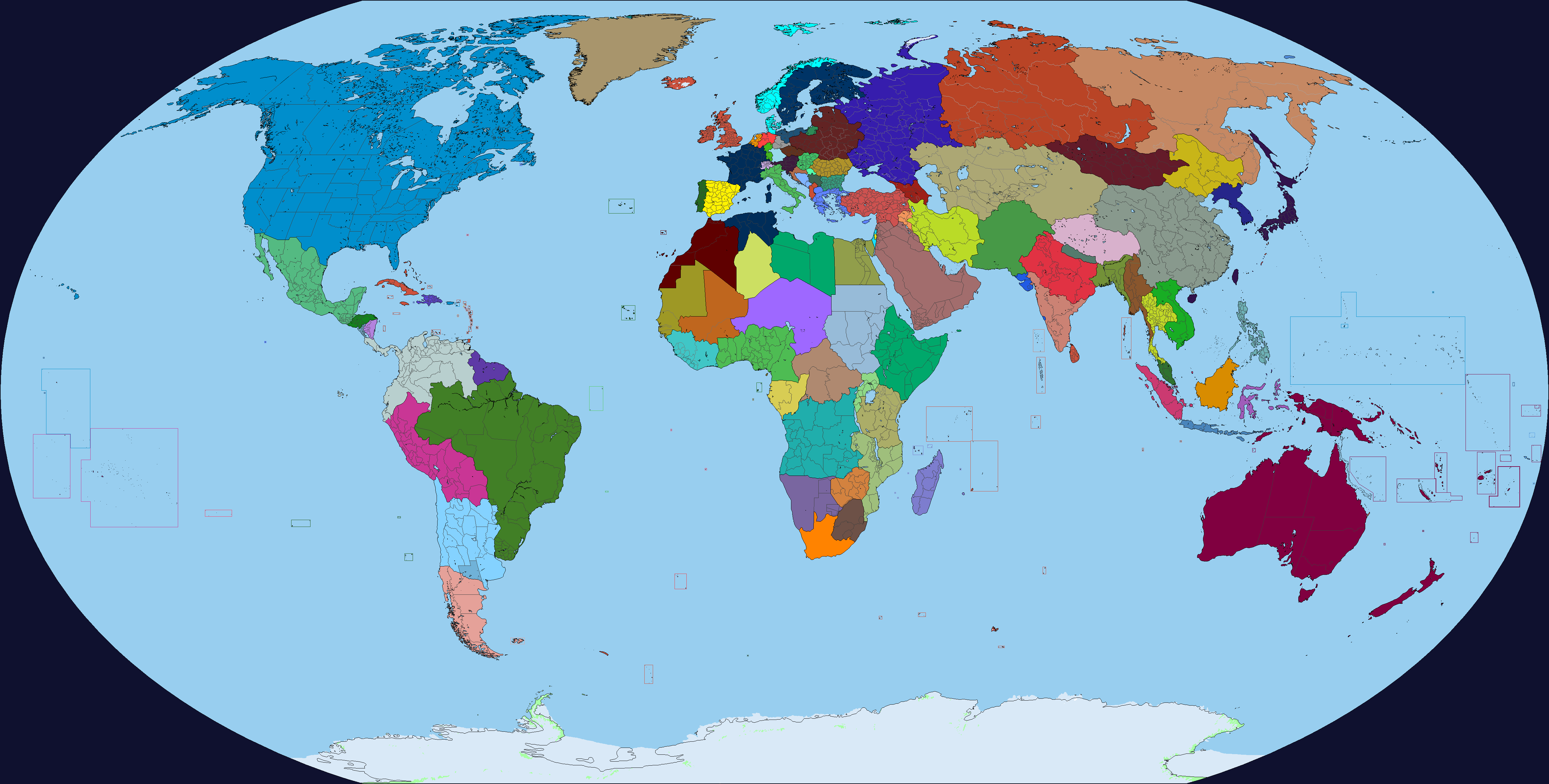 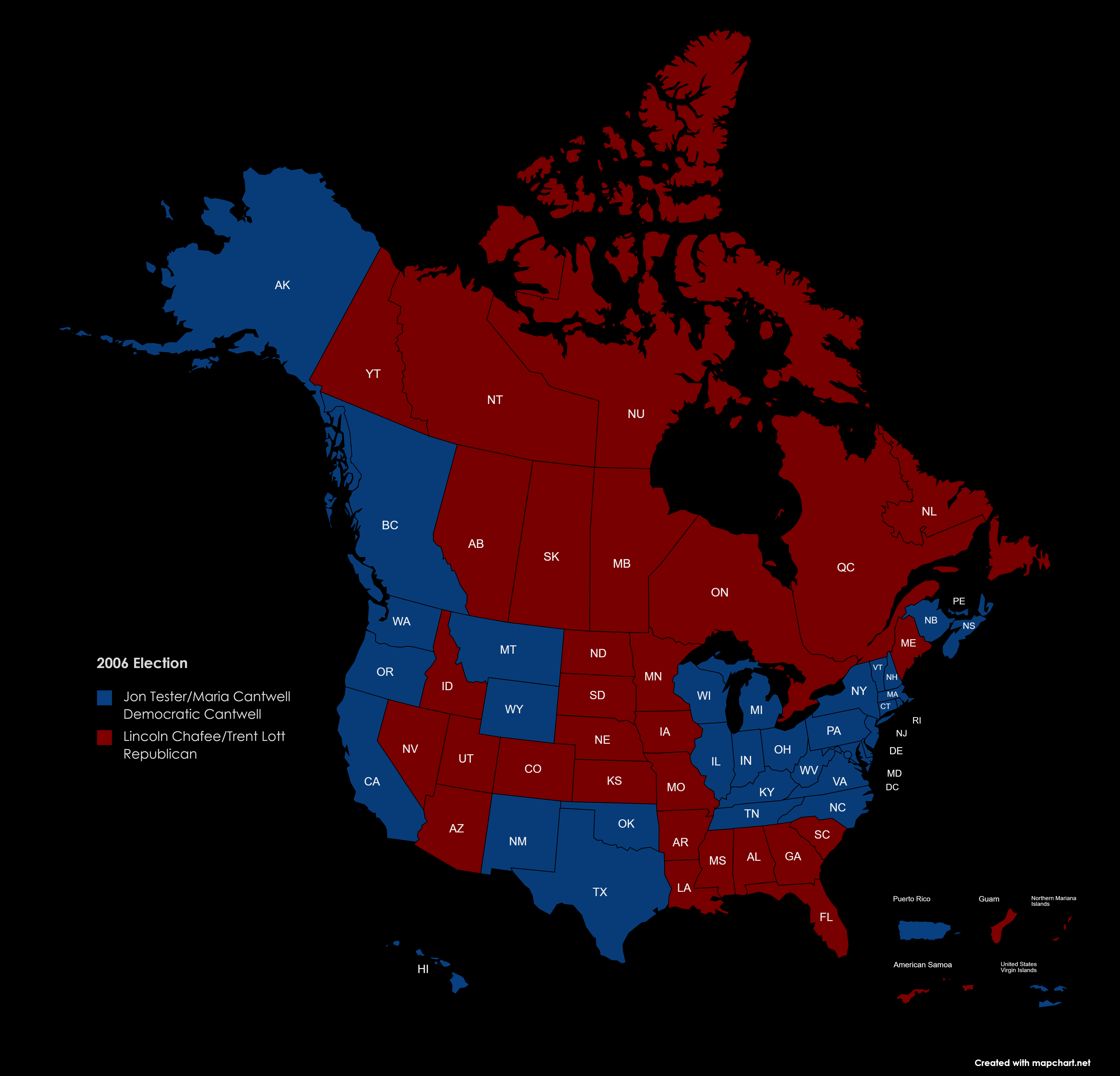 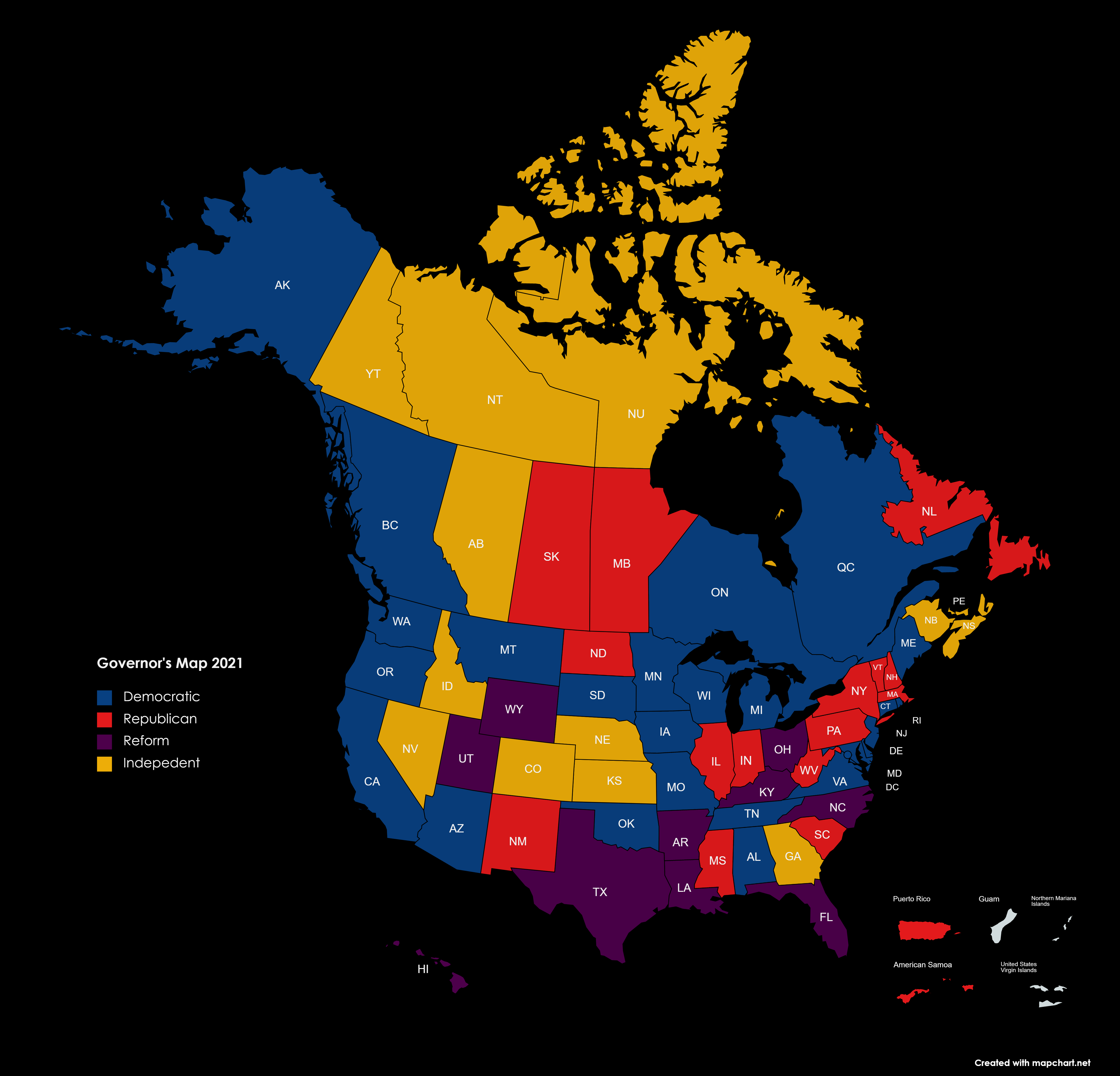