Albidoom said:
Come to think of it, the 70s logo of the Tagesschau at first glance seemed good enough, but once you start on the details it gets a bit awry.

Well, at least they didn't try to draw borders on that...
Click to expand...

The Cities of Ukraine and Banat, Belgrade in like Doboj or something, Venice in Istria, Bosnia is now Dalmatia, Belgium and a half-unified Italy existing at the same time as both Poland and the Ottoman Empire, funky Germany, odd Poland, D U M M Y T H I C C Ottoman empire, that weird Austrian panhandle in Galicia-Lodomeria as an international border, and last, but not least: TRABLUSGARP*.

*I know that it's just Tripolitania in Turkish. Doesn't make it any less funny.

I'm sure I missed something that they got wrong. This map is just so fucking far beyond cursed. It's bedeviled.
Click to expand...

Isn't "Erdel" Hungary? I assume all Hungarians would be banished to East Galicia... and, judging by the colours, it looks like Estonia will provide a Turkish port on the Baltic... gahhh it makes the head hurt but I can't look away from it! 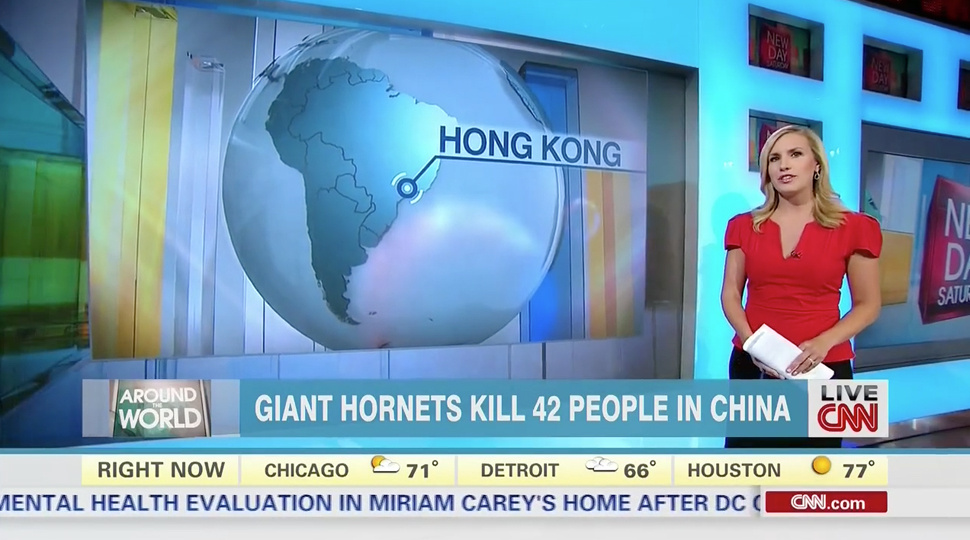 At least Hong Kong was fortunate not to be anywhere near those hornets.

Was this map made by Fox News?

That's weird, I didn't know that Japan suddenly decided that reconquering their pre-WW2 territory would be a worthwhile investment.

The Republic of Cork approves this message!

Balkanized U.S.A said:
View attachment 554931
it looks like the UK has fallen the fuck apart
Click to expand...

Europe in 1801, after the Treaty of Lunéville:

Analytical Engine said:
Europe in 1801, after the Treaty of Lunéville:

Holy shit, I just went to Wikipedia to find out just how badly drawn/inaccurate this map really was... and lo to my surprise and chagrin, it IS the map from Wikipedia!!!
Good thing I have no intention of quitting drinking anytime soon

I want to know where North Korea is in this universe.

Darth_Kiryan said:
I want to know where North Korea is in this universe.
Click to expand...

Part of the People's Confederation of North Asia, which includes Manchuria, Mongolia, and Inner Mongolia.

Aghasverov said:
Hey, @Sarthak Bikram Panta you may like this one

Nepal gets Sikkim, Bhutan, Cooch Behar, Assam... India gets... well... I suppose they got to create a Greater Kashmiristan...
Click to expand...

(cue some snarky comments about EAgames)

Damn, i didn't know Brunei and the Philippines were connected by land!

Sarthak Bikram Panta said:
Damn, i didn't know Brunei and the Philippines were connected by land!
Click to expand...

Japan, the Kurils and the Ryukyus as well

ramones1986 said:
Japan, the Kurils and the Ryukyus as well
Click to expand...

And the various parts of New Zealand.
Strangely enough Ireland is as big as Britain, but that might just be because they otherwise couldn't fit all three locations in it.

tus3 said:
And the various parts of New Zealand.
Strangely enough Ireland is as big as Britain, but that might just be because they otherwise couldn't fit all three locations in it.
Click to expand...

Albidoom said:
To its defense this is only a map from a game (so there is no intention to be educational)

(cue some snarky comments about EAgames)
Click to expand...

I especially like the giant island that snakes almost from the Yucatan to the Guianas... and that the Azores (or is it the Canaries?) have merged into a good-sized island, and seem to have drifted a bit to the northeast... Hopefully by now they've built a canal across the Isthmus of Tunisia

That part is denoting that the location selected in is the Southern Hemisphere. ... I think. Could be London for all I know though too.
You must log in or register to reply here.
Top
Top