Photo from my new Reaper series do you guys want to see more?

One of the last great cities standing after both the Second American civil and Third World Wars. New Atlanta/Nova Lanta/ Neo Atlanta. Had became the wicked jewel of the south after the last of Nova NAW-lins was destroyed during the great flood.

The Socialist Army of Dixie before setting up and ambush on federal troops sometimes during the second civil war. The war would see over 75 million dead Americans and the destruction of much of the country it would be the second most costly war in the mid 21st century only being out matched by the 250 million dead from the Third World War and the post atomic and climate horrors

during the great civil war and the atomic bombing many citizens found themselves living of hiding in its deep metro tunnel and the with more of the tunnels collapsing for disrepair the city built more and more winding tunnels above and below the abandoned ones.

photos of a side street New Atlanta “old city”. Originally the city was rebuilt in the post civil war Neo Deco style, but after the great flood and third world war parts of the city switched from that to the new cyber neon school of style leaving many parts of the city stuck in the middle as the Forth Great Depression hit putting to a stop to most of the building projects as the government became strap for cash.

The Nuclear attack that destroyed old New York by rebels during the last days of the second civil war before the federal “victory”.

One of the “great damn”that many places around the world had adopted to avoid flooding the one seen above is the Great DC Dam.

Photo of the “Johnson Crime“ family part of the “Black Mafia“ most of whom were part of pro government militia and Third World War vets the mob has been at consent war with the Italian and Hispanic mafias and street gangs for years.

Mr.Gatsby said:
This is semi inspired by “who framed Rodger rabbit”, but I decide just cartoon wasn’t enough, idea is that an ISOT event merger world together. This is very very ASB is this still allowed?

View attachment 559774
A “Toon” being interviewed on the light might talk show shortly after the great animation which merged multiple universes together.​
Click to expand...

can you do more of this timeline? 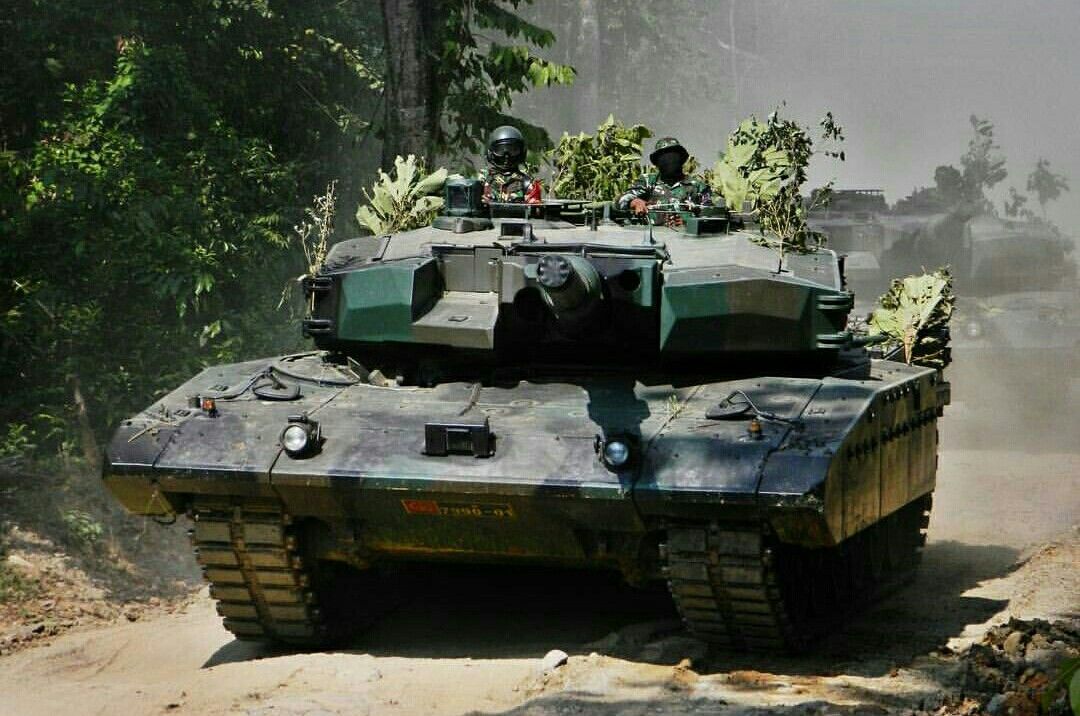 Leopard 2A4 in Philippine Army service. The Armed Forces of the Philippines retired its last batch of tanks in 1970s and were only equipped with British scorpion light tanks and IFVs. From 2013-14, the Department of National Defense awarded a multi-million dollar contract to German defense company Krauss-Maffei for the delivery 10 units of Leopard 2A4 tanks. The first four tanks arrived in 2016 with the following being delivered from 2017 to 2020. A further contract will be awarded by the DND to the German defense company for more units. You find these or is there a site to do this yourself?

Mr.Gatsby said:
This is semi inspired by “who framed Rodger rabbit”, but I decide just cartoon wasn’t enough, idea is that an ISOT event merger world together. This is very very ASB is this still allowed?

View attachment 559774
A “Toon” being interviewed on the light might talk show shortly after the great animation which merged multiple universes together.​
Click to expand...

Every child's wish to be ISOT-ed to a cartoon world.

ANARCHY_4_ALL said:
You find these or is there a site to do this yourself?
Click to expand... 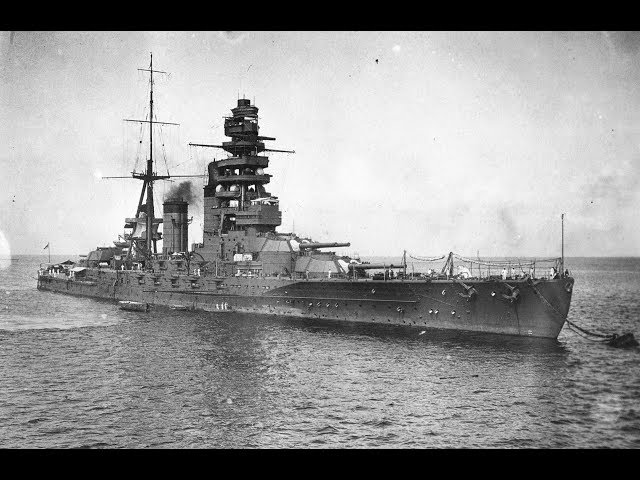 JDS Nagato supporting the United Nations Command off the coast of Korea during the Korean War, November 1950.

From 1945 to 1949, the defense of Japan fell upon the responsibility of the United States since the country was occupied following the Empire's surrender at the end of the Second World War. Part of the post-war constitution was Japan could not possess a military and could not use war as an instrument of force. The JSDF was activated after the fall of China to the communists with the United States realizing the threat of communist China and the USSR in the Far East. At that time, the Japanese only had a few surviving planes, tanks, ships, and submarines that were left-over from the war. The U.S. surprisingly kept these just incase of conflict instead of scrapping them or using it as nuclear test targets. They were promptly reactivated just before the Korean War.

When the North Koreans invaded the South, the Japanese were given a chance to atone for their mistakes from the past war. The South Koreans were initially distrustful as memories of the Japanese occupation were still fresh in their minds. The UN also feared that the coalition would collapse so as a result, Japanese involvement was limited to naval support and humanitarian operations.

USS Vermont, the lead ship of the Vermont Class aircraft carriers, commissioned in May 1946. She was originally built as an Essex Class carrier, but the Navy decided to end the production of the class as they deemed they already have too many of it. Vermont was instead commissioned as the lead ship of her seperate class. Vermont Class carriers are almost identical to the Essex Class, but is slightly longer at 900 feet, compared to the Essex's 888 feet and had a much improved Westinghouse engine. She is the first USN carrier to operate naval commissioned jet fighters.

USS Montana (BB-67) being towed to Pier 15 in New York Harbor to begin the "Fitting Out" phase of its building. The battleships of this class was intended to be the successor to the Iowa Class Battleship, with heavier armor, larger guns, more firepower although slower. The Montana Class would be known all over the world as a threat to be reckoned with, and established the Silver Navy as a "superpower" of its own. It was one of 3 "Super Ships" of the world, the others being the Adolf Hitler (or popularly as the H Class) and the Yamato Class Battleships. Montana would sink the last operational British carrier, HMS Triumph, off Dover during Sea Lion. The class carried the 2nd largest naval guns ever mounted on a ship: the 18"/48 Caliber Mark II.

Colossus Class HMS Triumph, the last remaining carrier of the Royal Navy and the only survivor of "Battle Group North Sea", which met a costly end when a Kriegsmarine battle squadron led by the H Class battleships Berlin and Hamburg sunk 29 out of 30 ships. Triumph managed to narrowly escape after air support arrived to cover its retreat. It received heavy damage but was quickly repaired and redeployed. She would become the last aircraft carrier to be sunk in World War II. The Battle of Dover Strait is today the largest loss of ships inflicted on the Royal Navy in the modern era. She would be sunk by USS Montana during Operation Bombardier.

Yamato off Tokyo during its return from the Chinese mainland. Its Type 94 46cm main guns are the largest guns ever mounted onto a battleship, with a single turret equalling the weight of a destroyer. Only 3 Yamato Class Battleships were ever built, Yamato , Musashi and Shinano. The class would be scrapped in the 1950s as the IJN shifted to submarines after the introduction of the German Type 30 nuclear submarine in 1957.

Aerial photo of the unfinished Sovetsky Soyuz battleship (top hull marked with black line). These battleships were first developed by the Soviets as response to the battleships being developed by Germany. The Sovestky Soyuz Class' development was plagued and building itself was slow. It was further hampered with the German invasion of the Soviet Union, which effectively ceased further building of the hulls. Only 4 hulls were laid down out of the planned 15, with the program being cut to only 3 hulls to focus on the army rearmament program. It would have rivaled the Yamato Class and the Montana Class Battleships if one was completed. The 3 hulls remained rusting in their dry docks for 5 years since building stopped in 1941. The hulls would be sold for scrap in 1947.​

John Belushi in his cameo in Todd Phillips Old School (2006)

Phill Hartman famous in his Saturday night live days portrail of both Ronald Reagan and Bill Clinton would get to apply his dramatic skills when he played former President George H.W Bush in Oliver Stone's W. 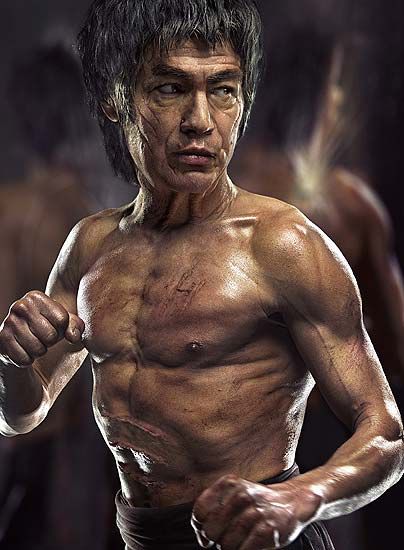 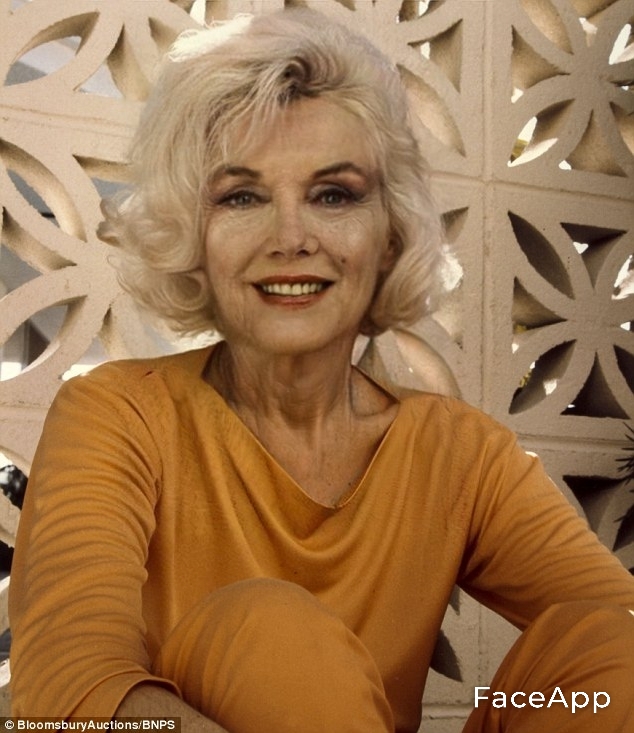 Manchester 1997, Third Largest city and De facto capital of the UK after the Great British Shift replaced large chunks of the country with different time periods.

An Ariel image of 1920’s Birmingham taken before the shift, the city has suffered heavily due to lack of Modernism plus its more regressive views and has become a hotbed of crime.

Piccadilly circus circa 1967, whilst London is still seen as the De Jure capital of the UK due to it being from 30 years in the past whilst having what is essentially an unelected parliament it is now the Capital of the UK in name only.

I am having trouble finding live action mixed carton for my great animation so in the meantime here is some more photos from world of Reaper and a little trailer at the end for the series.

a Rebel child soldier somewhere near Richmond during the second civil war.

Nato forces somewhere in Russia under attack from gas weapons. The Russian Campaign would see almost half of all of the 250 million deaths during the Third World War.

Captured federal tanks somewhere in Texas shortly after the start of the world’s first nuclear winter.

Neo Deco concoct for New York the plans for rebuilding much of the city after the nuclear attack would stop soon after the start of the forth Great Depression.

Photo of the PLA during the on going civil war.

a photo of abandoned subways station in Neo Atlanta that are home to the mole people, but legend happen not only the homeless stalk the ground but another urban legend...the Reaper
Last edited: Jul 18, 2020

Mr.Gatsby said:
I am having trouble finding live action mixed carton for my great animation
Click to expand...

If anybody can some that could fit that TL that would be awesome .

Is there any chance of someone posting an explanation of this for the non-US citizens in the audience?

Is it about the model seeming to be multiple copies of a clone?

Are the uniforms different in some important way from whatever the teams in question actually use?

Are the teams mentioned NOT real teams at all?

American Musician Tiny Tim as seen in Martin Scorcese's 1982 film Joker as the title character. The role and the film, part of the "DCCU" would gain critical acclaim, with many suggesting that Tiny Tim even deserved an Oscar nomination for his performance as the broken and growingly unhinged comedian and eventual serial killer and super villain.​
Threadmarks
You must log in or register to reply here.
Top
Top