It's Now or Never: The Political Fallout from an Alternate 1960 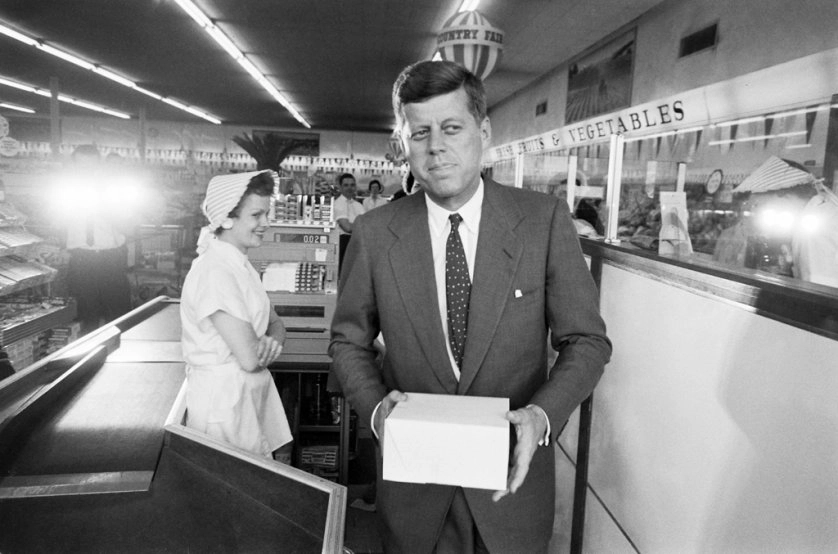 The first thing the Senator noticed was the rather drab hallway. Walking down the rather dark, yet ornate setup was rather odd. The New Englander preferred the light, especially the sun and the waves. What sent Senator Kennedy on his way was business, with a side of pleasure. A decision was to be made, but first, it has to be offered. Bobby convinced the Senator that his first instinct was correct. A Southerner was to be nominated for his Vice President. Jack arrived at the door he memorized in his head. Knocking with the designated password ("Shave and a Haircut"), Senator Kennedy would be welcomed into the room.

"Mr. Kennedy!" The Southerner would greet him with.

The two would exchange niceties and make small talk, specifically about their choices in music. Eventually, Senator Kennedy went back to the business of their conversation.

“Senator, I believe in standing for principle. Your service in Congress has shown that to be true."
"Indeed."
“I might look like a moderate for some, but I genuinely believe in helping middle America. I want a fair shake for all, regardless of class or color.”

“Senator, if I could be blunt with you, why me? Why not Johnson? Why not Jackson?” The Southerner replied.

“Senator, when you join my Administration, we find ourselves in a position that benefits all Americans. Senator, would carry the South and be an asset to a Kennedy Administration far better than f****** Lyndon Johnson. I want my Administration active in Civil Rights. Johnson is better to play the king in the Senate anyway. Stu Symington, I am asking you to be my Vice President. The work we will do will far outway the benefits of you staying in Missouri.”

Who are you again? What right do you have to make this cliché?

Just because I'm a lurker doesn't mean I can't use this format myself. Plus I've done timelines before!

Wait, what? Really? Where?

I don't like talking about it. It was when I was too young, too dumb to realize that butterflies existed.

Hold on, where is this timeline?

I've made a few timelines under my belt, though none of them were finished. However, thanks to a healthy amount of research (most recently Sabato's The Kennedy Half-Century, O'Reilly's Killing Kennedy, Rumsfeld's Known and Unknowns), SargentHawk's A Man is Finished When He Quits, Nofix and Gonzo's No Southern Strategy (I wonder where the title came from), and KennedyWannabe's fantastic three part series A Different Path on uselectionsatlas. All of these are works far above my own attempt, you really should read those.

OI! Answer me when I'm talking to you.

Oh yeah, apologies. Where were we again?

The timeline. Where was the original?

I'd rather keep that a secret. It's...embarrassing.

One timeline featured Dan Quayle, my favorite Vice President (not a fan of Biden, Cheney is like a mini-Nixon) and another was Newt Gingrich being relevant and competent.

Did you just give away part of the timeline?

One step at a time, friend. Anyways, any questions about this timeline?

Yah, the title. Why is that the way it is?

Partially because I like motifs and I love Elvis. (Yes, he's gonna be relevant for an appropriate amount of time) Also, it fits with the premise. The whole mode of John F. Kennedy's legacy is that he's a transformative, inspiring, cautious, and progressive leader. That assessment is accurate except for "progressive." Our youngest elected President to date is far more Progressive than he is given credit (thank Bobby and Ted for putting him in a new lens). Kennedy was noted to be much more moderate, yet it was the South that largely projected this idea that he was out to *ahem* "infringe on "Southern pride."" *ahem*

This timeline will focus on the idea that Kennedy was focused entirely on making his legacy as progressive as his younger brothers (taking an opportunity to capitalize on his transformability. Why? Because it was now or never to do so!)

I've considered other ideas as a POD (Estes Kefauver losing the 1956 VP nomination for a lighter option, Kennedy succumbing to Addison's (or something else, idk what) for a far darker path. Kennedy's capitalizing on being pro-civil rights as well as selecting a new VP to accommodate is two of the three PODs.

THREE Points of Departure? Isn't that a bit extra?

Sure it might be much, but hey who says they can't have multiple PODs? Anyways, as Kennedy decides on Stu Symington (thanks Bobby) Nixon decides a new VP. Why so? Lodge and Rockefeller felt a bit too obvious and Goldwater isn't where I want this to go towards.

Who did you choose then? Bush? Dirksen? Walter Judd?

No, but I like your thinking. It's gonna be someone that would...counter Kennedy's "Missile Gap" alarmism. Trust me, it's gonna be fun!

Who do you have signed on?

For right now, Gonzo! It's mainly gonna be him unless people want to join in and make sure I'm not working in an echo chamber (despite me knowing how far I'd like this to go to about January 20th, 2009). I might end the timeline there because of the strict No Current Politics rule and I have no want to confront the Mods.

Gonzo? Isn't he that paleocon Ulster Unionist Irishman? Why would you sign him on?

He's an expert and he's a personal friend of mine. Sinne Fianna Fáil.

You're not concerned with him making former Virginia Nazi's likable, his fascination with Roy Cohn, and...Moonbeam?

Trust me, this isn't gonna go No Southern Strategy. If anything, it's actually a Northern strategy.

So it's gonna be a Gumboverse ripoff? You did mention you were inspired by Rummy's memoir.

No, as I haven't begun to crack into Gumboverse, but the McKeithens will appear as much as I can properly fit them into the timeline.

How accurate do you think this is gonna be?

I plan on it being a Class I on the Sliding Scale of Alternate History Plausibility. As per typical, I have a few more obscure politicians that would hold the Oval Office. I have a set narrative in mind (likely with Wikiboxes if I can bribe Gonzo) but I plan on this being accurate, with enough creative liberties to get by (making this a fun timeline).

Or...you could make the Wikiboxes

Darn you and your truth and facts. Anyways, the joke has run long enough that I feel like posting it now.

Wait, aren't you supposed to have a title card and everything?

As a matter of fact, I did indeed make one all by myself! Special thanks to Callan's TLIAW: Presidential
for the inspiration behind this card. It's an awesome timeline and definitely a format I might adopt into a future project-

*all three lights flash, buzzers turn on, and an ambient rumbling is heard*