Eagles of the Mediterranean

Threadmarks
Reader mode
I: The Wars of Justinian

EAGLES OF THE MEDITERRANEAN 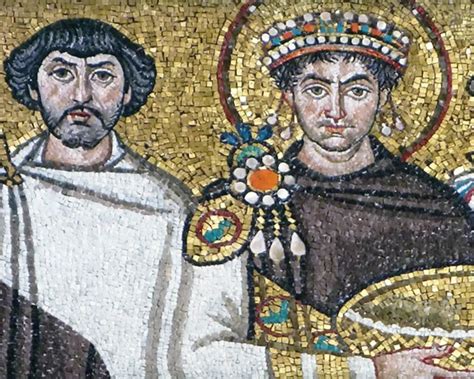 I: The Wars of Justinian​
In mid-September of the fateful year 533 AD, the future of the Roman Empire was decided a mere 10 miles from the city of Carthage, ironically a place where the Romans had asserted their dominance over the Mediterranean many times in the past.

It was over half a century then that barbarian kings had ruled over Roman lands and Roman people who lived on them. Having settled at the turn of the decade a peace treaty with age-old rival Persia, one that seemed to have lasting potential, Emperor Justinian I of the Eastern Roman Empire (or Byzantium, though the east continued to call themselves Rhomania) turned his gaze to the ideal of Renovatio Imperii: reunification of the Empire. The daunting but noble task was to be spearheaded by the Prodigal Son of Byzantium, the famed general Flavius Belisarius, who had been instrumental in holding back the massive armies of the Sassanid Persians in the Iberian War and securing peace. The Emperor, his council, and the people of Constantinople had high hopes for Belisarius’ expedition to North Africa, a venture that was sure to leave a positive mark on Justinian’s reign following the horrors of the Nika Riots and the war in the east.

Since the fall of Rome, North Africa had been established as the Kingdom of the Vandals and the Alans, Germanic tribes responsible for the sack of Rome in 410. The Vandals not only threatened the Roman order in the vital province of Egypt should they have sought to expand further, but they occupied the perfect region for staging an invasion of the Italian peninsula through Sicily.

Landing on the coast south of the city, Belisarius commanded a force believed to be up to 20,000 men and made his way north before encountering the Vandalic armies at the ten mile marker outside the city.

The battle initially went poorly for the Vandals, falling victim to the charge of the Hunnic mercenaries hired by the Byzantines. When the Byzantine vanguard under the command of John the Armenian overran the forces of Vandal prince Ammatas, killing him, it seemed possible that the Vandals would lose the battle. Upon finding the body of his brother Ammatas, King Gelimer chose to retreat to Carthage rather than continue trying to engage the seemingly overwhelming forces of his enemy. The contemporary historian Procopius believed that a continued engagement could have meant defeat for the Vandals in the pivotal battle, but their withdrawal saved them from complete disaster and gave them the upper hand. John, his vanguard, and the Huns, continued their advance on the city ahead of the retreating Vandals. The vanguard was overrun from behind by the approaching and numerically superior Vandal army, with John the Armenian being slain. With the Byzantine army sundered, Gelimer opted to reinforce Carthage and wait for reinforcements from Sardinia.

In the weeks following the initial engagement the Vandals moved on the offensive. The Vandal fleet successfully destroyed the enemy fleet, effectively trapping them in their war camp and severing any possibility of retreat or reinforcement. With his own reinforcements Gelimer moved out of Carthage and south once more to finish off the Byzantines, swaying the Hunnic mercenaries along the way to betray them and work for the Vandals. Belisarius failed as swiftly as he’d expected to succeed, and the untimely death of the great general came as his shattered forces attempted a beleaguered retreat to Egypt by land. The prodigal general’s death made Justinian’s plans for reconquest a great deal more difficult, and arguably the reason as to why the Emperor’s vision of a renewed Rome never came to fruition.

Yet, not completely deterred from his mission, and still in command of a number of fine generals, plans to invade Italy were changed, with an invasion route being plotted through the north-east of the Italian peninsula. The Ostrogothic Kingdom of Italy had been a rising power since taking over the region, and posed another unneeded threat to the East. Justinian and his generals rightly believed their greatest challenge would be breaking through the Ostrogothic hinterlands of Dalmatia, but that the heart of the Ostrogothic Kingdom in Ravenna would be a simple push once the eastern coast of the Adriatic was secured.

In the spring of 535, the arrest and execution of the Byzantium-aligned Queen-Regent of Italy, Amalasuntha, at the hands of the newly crowned King Theodahad gave Justinian the pretense to invade and restore order.

The Gothic military held Dalmatia tightly for a year before Byzantium captured the provincial capital of Salona and surrounding towns, whose pro-Byzantine populace welcomed the invaders. The city changed hands again, then once more before the Goths were pushed to Iadera.

In 539, seeking to take advantage of Italy while its forces were occupied, the Frankish kingdom pursued a short lived invasion repulsed by an outbreak of dysentery and the still strong Ostrogothic forces.

By 541 the Byzantine army had made a bit more headway and threatened to cross into Italy proper, having been significantly aided by the failed Frankish invasion.

When the Plague of Justinian, a predecessor to the Black Death, began to ravage Egypt, and then eventually the entire Mediterranean, Byzantium abandoned their gains in Dalmatia to their enemies and were forced to retreat in order to conserve resources vital to the empire's survival. The mass deaths at the hands of the plague, combined with the economic catastrophe it brought to the empire, meant the Gothic War, along with the possibility of reconquering Italy, was over. Though Italy was not spared from the plague, the former heart of the Roman Empire remained strong.

Welcome to my new TL! I've been wanting to get back into writing AH, and I've had the idea for this timeline kicking around in my noggin' for like 2-3 years. I'm glad I've finally found the words to write it with.

Interesting, watched.
II: The Plague of Justinian, the Narsian Revolt, and Germanus’ Bid for the Throne 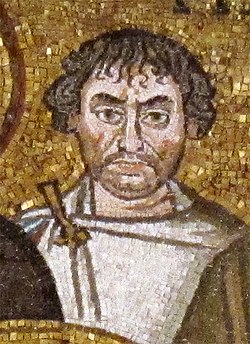 II: The Plague of Justinian, the Narsian Revolt, and Germanus’ Bid for the Throne
​
Though the Byzantine Empire had conserved its resources wisely by abandoning its efforts in the west, Emperor Justinian continued to spend the imperial treasury on the advancement of art, religion, and legal practices which endure to this day, but neglected the vast amount of rural freeholders and serfs alike in his realm that were devastated by the plague, which the Emperor himself contracted leading to the outbreak bearing his name (a sign of his unpopularity and his perceived weakness at the time).

While Constantinople lost one-fifth of its population to the plague, nowhere in the Mediterranean world suffered more than Vandal Africa and Egypt, the breadbaskets of the west and the east respectively. Ethnic Vandals and Latins made the majority of the urban population of the Vandal kingdom, native Berbers and Punics making the bulk of the rural farming population. By 545 the plague had ended in North Africa, and the tolerance the Vandals had once practiced in their multiethnic realm was no longer afforded to the Berbers and Latins who bordered on revolt against their overlords, many harbouring sympathies for the Byzantines who had attempted invasion a decade before.

The Berber Kingdom of Mauretania (also called the Mauro-Roman Kingdom), situated west of the Vandals and seated at Altava, had long been an ally of Byzantium and took it into their own hands to liberate their brethren to their east.

In 546 the Berbers swiftly invaded, met with almost no resistance from the populace. After the battle of Hippo Regius in August, mass desertions, especially by non-germanic conscripts, became commonplace, and without a substantial army to defend Carthage the city was lost to the Berbers in February of 547. The Vandal nobility and their loyalists fled to Sardinia and sought protection from both the Ostrogothic and Visigothic kingdoms, of which King Theodahad obliged, hoping to eventually force the remaining island territories of the Vandals to submit to his rule.

With North-West Africa now under the control of Mauretania, Justinian made overtures towards them, praising the Berbers for their services to the empire and requesting that they submit to a return of Byzantine rule over the region. King Mastigas naturally refused the demand. Thus, Justinian ordered the army to prepare a second invasion of Africa in early 548.

After two unsuccessful wars prosecuted by Justinian and no gains in restoring the full Roman Empire despite the blood the army had given, they were unwilling to continue Justinian's campaign. The army named the general Narses, a veteran leader of the war with the Ostrogoths, as their new leader and marched on the capital. Narses, a eunuch, could not legally be made Emperor, so the military leader threw his support behind the reigning Magister Officiorum Peter "the Patrician". Peter, a renowned lawyer, diplomat, and historian, was one of the most powerful men in Justinian's court and someone who was sure to carry on the positive developments of Justinian's reign without the needless and costly wars.

Narses' revolt was successful in deposing and executing Justinian by mid 548, but much to the chagrin of Peter the Empress Theodora managed to escape, seeking refuge in Persia. Peter and Theodora had a tense relationship as a result of Theodora's aggressive diplomatic stances, such as her attempt to have him kill Amalasuntha of Italy so she could not influence Justinian (though Theodora received a favourable outcome regardless of Peter's refusal to aid her).

In response to his cousin’s death, the heir apparent Germanus, also a military leader presiding over the Byzantine forces on the eastern borders, declared himself emperor and made war against Peter and Narses. Narses aimed to defeat Germanus quickly in fear that a revolting force on the border would lead to an attack by the Sassanids.

Peter's quick coronation was overseen by Sassanid envoys and tense with the possibility of renewed hostilities with the Persians, despite the "eternal peace" Justinian had signed with them. Shah Khosrow I of Persia was wary of Justinian's attempts at reacquiring Rome, but the failure to do so meant he had no need to attack Byzantium yet. The diplomatic Peter, now crowned Peter I, wished to remain at peace and a mutually beneficial agreement was struck between the two rulers: Peter would not attempt the reconquest of the west so long as Khosrow did not entertain any claims to the throne made by Theodora in her exile or support Germanus (and vice versa). The agreement was ultimately superficial, since neither ruler truly sought to follow those paths, though it was a welcomed reaffirmation of warm relationships between the two superpowers that would aid them in the future.

Germanus, leading a minority of the Byzantine army, made the newly rebuilt fortress city of Dara his de facto capital and prepared northern Mesopotamia for the arrival of Narses’ army. Germanus held Dara through a 54 day siege. In desperation towards the end of the siege he sent messengers out to the court of the Persian king, but they were intercepted and captured. When Germanus capitulated, Narses bound him and took him back to the capital where he faced execution. The promising flame of the Justinian dynasty had dwindled, and burned out into ashes.

Though the Byzantine Empire was as whole as it could be under Peter’s rule, more trouble brewed in the west following Justinian’s failed wars and the collapse of the Vandal Kingdom.