I know you haven't gotten to when Disney started making feature films yet, but I wonder if Bambi will be the second Disney movie ITTL like it was intended IOTL.
Mickey Mouse

Banned
Throughout 1927, Disney began working on Oswald the Lucky Rabbit shorts for Universal. However, Charles Mintz did not want Universal's short output to be controlled by an outsider. So in late 1927, Mintz stole Oswald from Disney, and 40% of Disney's staff left to to joint Mintz at his venture.

However, Mintz did not count on one thing: Walt Disney. Disney took another train ride, looking for inspiration. Disney heard his inspiration instead. The train wheels would go "Mo-ouse, Mo-ouse". Reminded of a pet mouse he had once kept in Kansas City, he began to think of a mouse. Lillian Bounds, an ink-and-paint artist that Walt had grown fond of, rejected his first suggestion, Mortimer Mouse. Walt decided on "Mickey" instead.

All he needed now was a distributor. He couldn't go to Universal. His other options were RKO, Paramount, MGM, UA, Columbia, and a little place called 20th Century-Fox that had just formed from the merger of 20th Century Studios and Fox Film.

He decided to rough it out with the small Columbia Pictures studio. The first short "Plane Crazy" debuted. However, Walt had other ideas. He had heard of Warner Bros. use of synchronized sound in The Jazz Singer. He realized he could add sound to his films. So he did, starting with the second appearance of Mickey, Steamboat Willie.

Steamboat Willie was a hit. The New York Times said "Columbia proved that Universal made a mistake to fire cartoonist Walt Disney, when he released his brilliant reel Steamboat Willie. Mark my words, Mickey Mouse will swamp Oswald the Lucky Rabbit."

By November, people were already starting to call what was beginning a "Great Depression." Walt wanted to see if his fledgling studio could survive the Depression. Columbia made cheap films, but would people even have the disposable income to go out and see a movie?

Don't forget to threadmark your posts if you are making a TL.

Where are the following people now ITTL?

Hehehehehe you're making fun of me.

Baby Face Nelson is still a gangster.
Charles Lindbergh is still a famous aviator and still made his famous flight.
Rita Wilson isn't born yet.
Adolf Hitler is currently newly released from prison and trying to build his influence in Germany.
Bob Dole is a young man in Russell, Kansas, looking forward to his future.
John Kennedy is a young man in Brookline, Massachusetts growing up with a father with tangential ties to the entertainment business.
Colonel Sanders is operating a restaurant in Corbin, Kentucky.
Fred Astaire is still a famous dancer.
Mae West is still a famous actress.
Calvin Coolidge is still a former President.
Don Lemon isn't born yet.
Walt Disney is the subject of this TL.
A.P. Carter is still collecting music across the Southeast and recording some of it.
Maybelle Carter is still a part of her brother-in-law A.P.'s band.
Hattie McDaniel is still an actress.
Richard Nixon is a young man in Whittier, California looking forward to the future.
Ayn Rand is writing and hoping to get noticed.
Charlie Chaplin is struggling with the recent rise of the talkie.
Peter Griffin is a fictional character whose creator isn't born yet
Frank Sinatra is still a singer who is recording some hit records.

Probably still working with the Touhy Gang as a bootlegger.

This Rita Wilson? If yes than not born yet.

Being 6/7 and probably in school.

Working on the stage on Broadway and London.

Playwright and producer of stage plays.

Work as a washroom attendant and performing at Sam Pick's Club Madrid near Milwaukee.

Writing screenplays, plays, and short stories that will not produced or published during her lifetime.

Banned
As the Great Depression worsened, new forms of entertainment had emerged. People had bought radios en masse and kept them. "The WSM Barn Dance" from WSM in Nashville, Tennessee, was soon renamed "The Grand Ole Opry". Walt Disney found himself at the forefront of the radio revolution. Walt Disney, a woman named Marcellite Garner, and Clarence Nash reprised their roles from the Disney shorts on the all new Mickey Mouse Radio Hour, sponsored by Getty Oil and airing on the NBC Blue network.

Another form of entertainment grew throughout the early 1930s. These were cheap books printed on cheap paper with cheap drawings. These were called "comic books". In 1934, Walt Disney licensed his name and iconic characters to a company called Dell Comics to produce a series of comic books around Disney's characters. Soon, artist Carl Barks began expanding the stories of Donald Duck into a "Duck Family" comic, soon revolving around the miserly billionaire Scrooge McDuck, a reference to Ebenezer Scrooge of Charles Dickens' A Christmas Carol.
Last edited: Aug 2, 2021 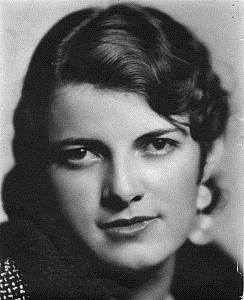 PNWKing said:
In 1934, Walt Disney licensed his name and iconic characters to a company called Gold Key Comics to produce a series of comic books around Disney's characters.
Click to expand...