@Sabot Cat's wikibox inspired me to make this one based on my non-AH hobby, cars.

Is that based on manufacturer sales?

Utgard96 said:
Is that based on manufacturer sales?
Click to expand...

The auto group that owns the brand. I used the most popular car from that group sold worldwide to pick the leaders.

Oppo said:
The auto group that owns the brand. I used the most popular car from that group sold worldwide to pick the leaders.
Click to expand...

Oh, this is worldwide. I did have a bit of difficulty accepting the Golf as the most sold car in America.

KiwiEater said:
1. The Safari logo changed with Safari 8 onwards
2. What about Microsoft Edge? Is that lumped with IE?
Click to expand...

Oppo said:
The auto group that owns the brand. I used the most popular car from that group sold worldwide to pick the leaders.
Click to expand...

I just noticed the leader's seats, this is brilliant.

Banned
Marxism Today continues on after the dissolution of the Communist Party of Great Britain and diverts attention away from the Labour Party, formulating a programme which is basically New Labour But Better. 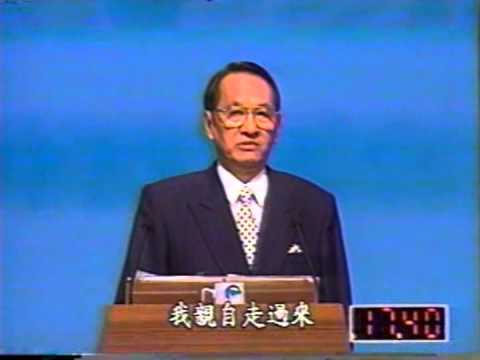 "Senator Gramm has urged President Lee to declare formal independence from China, but Senator Gramm would be utterly disappointed. In our hearts, we know Lee Teng-hui is a coward, and he is too soft on China. He has no guts to do the right thing, and let me tell you something - I'm no Lee Teng-hui.

"This election is a choice between the continuation of the Republic of China or Communist occupation of Taiwan. A vote for Lee Teng-hui or Peng Ming-min is a vote for war, and a vote to authorize the Communists to conquer Taiwan in the name of national reunification" Lin Yang-kang, New Party presidential candidate on the campaign trail, 1996

Vice President and former Premier Lien Chan, once widely seen as President Lee Teng-hui's handpicked successor, was found to have accepted bribes from PRC firms during the 1996 crisis. He subsequently dropped out of the 2000 presidential race. To avoid possible prosecution, he would flee to China in April 2000. James Soong, former Governor of Taiwan who has long had a strained relationship with President Lee Teng-hui, won the KMT presidential nomination, narrowly beating Interior Minister Huang Chu-wen [1], who was supported by Lee Teng-hui.

Democratic Progressive presidential primaries
12.4 Shooting Incident
Taipei mayor Chen Shui-bian was once widely seen as the frontrunner in the 2000 presidential election. However, on 4th December 1998, a day before the Taipei mayoral election, Chen Shui-bian was shot while he was standing in the back seat of an open convertible Jeep moving slowly through a street in Taipei. Chen was left paralyzed from the waist down for the rest of his life. While Chen went on to win a comfortable margin of victory against former Justice Minister Ma Ying-jeou of the KMT, beating Ma by a 53-45 margin, he announced his decision not to run for President in 2000.

New Tide Faction versus Hsu Hsin-liang
Following the failed assassination attempt on Chen Shui-bian and his decision to leave out 2000, the influential New Tide Faction, which has been supporting Chen of the Formosan faction, decided o throw its support behind Taichung mayor Chang Wen-ing. Hsu, receiving the support of Legislative Yuan Speaker Shih Ming-teh, went on to defeat Chang in the DPP primaries in a landslide.

The Campaign
Despite the KMT's massive unpopularity, Soong and Hsu was neck-in-neck in polls, until Soon was embroiled in a corruption scandal. President Lee Teng-hui privately requested Soong to drop out, but the latter refused. Soong went on to lose the election in a landslide.

[1] In OTL, Huang Chu-wen, a staunch follower of Lee Teng-hui, would resign from the KMT in 2001 to form his own Taiwan Solidarity Union.

Uhura's Mazda said:
Marxism Today continues on after the dissolution of the Communist Party of Great Britain and diverts attention away from the Labour Party, formulating a programme which is basically New Labour But Better.

This is the filth

AlfieJ said:
This is the filth
Click to expand...

Not really AH, but just something I wanted to share.

Formation of the tickets
Democratic Progressive Party
Despite having come from the traditionally pro-independence DPP, President Hsu Hsin-liang has been credited (and criticized) for his willingness to recognize a "broader definition" of the 1992 consensus, vastly improving relations with China. The Three Links was widely seen as one of the major contributions of the Hsu administration. At the same time, Hsu pushes for environmental regulations, controversial pension reforms, and the Taiwan Localization Project - beginning with a more Taiwan-centered school curriculum, de-Chiangization, as well as the inclusion of the word "TAIWAN" on ROC passports, despite his claims that all these does not affect the 1992 consensus.

Hsu's approval rating in late 2003 was at a mediocre 43%, with a disapproval rating of 36%. However, he was considerably more popular than most of his possible opponents from the KMT, as well as pro-independence hardliners within the DPP.

Kuomintang
The KMT has yet to recover for the losses of the presidency in 2000 and the Legislative Yuan in 2001 (Shih Ming-yeh was only elected Speaker with the help of the New Party in 1998). In February 2003, KMT chairman James Soong announced his intention to stay out of the 2004 election, feeling that President Hsu would beat him in yet another landslide if he's the candidate. Hsinchu Mayor Lin Jung-tzer and former Kaohsiung Mayor Wu Den-yih were seen as the frontrunners in the election. freshman Taipei mayor Ting Shou-chung, who defeated DPP nominee Tuan Yi-kang in 2002 by 1,500 votes, wanted to focus on his mayoralty. Infighting continued between the localist faction of Lee Teng-hui and the pan-Chinese faction of James Soong, leading to the defection of many localists to the ruling DPP.

In a bitter presidential primary between Lin Jung-tzer and Wu Den-yih, Wu was eventually declared as the winner after securing key support of John Chiang, son of late President Chiang Ching-kuo.

The Campaign
From the beginning, Wu was trailing President Hsu by wide margins, and his campaign was taunted by internal infighting. President Hsu was reelected by a comfortable 11-point margin.

Aftermath
Following Hsu's re-election, the remnants of the localist faction of the KMT joined hands with the DPP to push for constitutional reform in the ad hoc National Assembly, which did not touch on the question of sovereignty and independence.

Together with the localist faction of the KMT, the "Pan-Green coalition" controlled a supermajority of seats in the Legislative Yuan following the 2004 legislative elections. In 2005, former President Lee Teng-hui withdrew from the KMT, citing irreconcilable differences. Most of his localist followers (but not Lee himself) joined the DPP en masse.
Last edited: Apr 27, 2017

Is it still current politics if it's just congressional districts as parliamentary ridings?

(just pretend everything about km says miles, ok? )
The popular Mayor McCrory defeated Mel Watt for the empty seat handily in 1996 only for trends and gaffes to throw him out 18 years later. I'd explain the 2014 election in further detail, but that might be too "current politics". Think NC-GOV 2016 OTL.

Banned
Are there any wikiboxes from A Giant Sucking Sound?

Augenis said:
Not really AH, but just something I wanted to share.

conchobhar said:
I can't help but notice that the "Four-Year Sejm", um, isn't. Is this an error on your end, or... is that how it is in real life? If so, do you know why?
Click to expand...

Augenis said:
What do you mean "isn't"?
Click to expand...

Sejms in the PLC didn't work like modern parliaments today, they had no "terms" - they were called up whenever they were deemed necessary and worked until either they fulfilled their purpose or someone dissolved them via Liberum Veto. The Four Year Sejm was unique in that it was the longest working Sejm in the nation's history, serving for four whole years until it was dissolved by the Targowica Confederation, that's why it has the name.

Augenis said:
Sejms in the PLC didn't work like modern parliaments today, they had no "terms" - they were called up whenever they were deemed necessary and worked until either they fulfilled their purpose or someone dissolved them via Liberum Veto. The Four Year Sejm was unique in that it was the longest working Sejm in the nation's history, serving for four whole years until it was dissolved by the Targowica Confederation, that's why it has the name.
Click to expand...

I see. Thanks for the clarification!
Top