In OTL, there were 6 cradles of civilisation (Mesopotamia, Egypt, Indus Valley, North China Plain, Mesoamerica and Peru). Great Bronze Age civilisations such as the Akkadians, Hittites, Ancient Egypt, Indus Valley Civilisation, Ancient China, the Olmecs and the Norte Chico civilisation emerged in these regions. All of these areas had a major water source - either a river (Tigris-Euphrates in Mesopotamia, Nile in Egypt, obviously Indus in the Indus Valley and the Yellow River in China) or the sea (Mesoamerica and Peru), and had a warm, but not scorching, Mediterranean-type climate. Using these as prerequisites, let's take a tour of potential sites.


Why did I make myself write so much. The quality definitely went downhill later on so sorry bout that.

There's of course the Gironde system too.
The mouth of it is in Bordeaux, so it's definitely got potential, but Atlantic trade is of course more difficult.
Otherwise, the land is rockier to the South, but it can easily expand to the neighboring Loire and then Seine systems for better farmland.

Well, how about the three/four great Siberian rivers (Ob', Yenisei, Lena and/or Kolyma)? 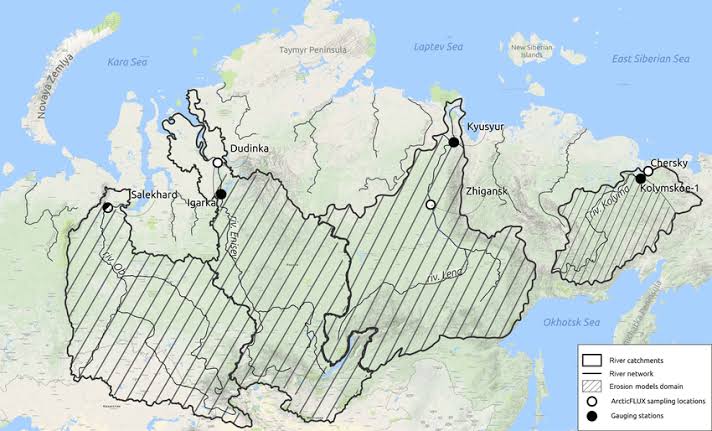 California has the Sacramento and San Joaquin Rivers which flow into the San Francisco bay as a unifying river system. I think California's mediterranean climate would make it an ideal candidate. You could have city states between the mountains in the west and larger kingdoms and empires inland, perhaps with the city states eventually rising to conquer the hinterland, with some large empire being based out of San Jose or San Francisco.

I'm reminded of LORAG's explanation on founder crops- and assuming the real challenges for alternate cradles would be- not being nigh inhospitable (so Artic regions, and to a lesser extent any of the tropics in the old world are likely out) and being both suitable enough of an environment, and otherwise far away enough from other comparable cradles, that agriculture can develop independently before others can introduce it. (and of course, a founder crop either present or mutating)

With that in mind, and assuming getting invaded isn't "too bad" provided there's incentives for raiders to simply assimilate/take over residence (and whoever it is isn't going to ruin things by introducing agriculture or being the conduit to do so themselves)- I suppose I'd place my bet on the Orange River. It's a race for time against the Bantus, but presumably once sufficient civilization emerges it'll do just fine. A "China in the south" in terms of size and relative isolation (but far more isolated) perhaps, with the same issues of northern nomads/migrations to handle.

Meanwhile, it's far from any of the Afro-Eurasian cradles but any civilization spreading outwards from there could hypothetically get connected soon enough to benefit mostly...ish from the influx of new ideas, technologies, and crops.

I’d argue with the information that we have the desiccation that occurred after the Neolithic Subpluvial is the basis of a multitude of pan-sahelian domestication events.

The Guadalquivir valley would probably qualify, IIRC there are some fairly good mineral deposits there and Tartessos did manage to arise on its own, although that was late enough that the Phonecians/Greeks/Romans outcompeted them.

How likely are the ones in Europe, specifically the Loire and the Po valleys?

Siberia is way too cold, especially in Little Ice Ages. Permafrost is also an issue, as is lack of trade networks.

OctopusRights said:
How likely are the ones in Europe, specifically the Loire and the Po valleys?
Click to expand...

I would say Po is more likely than the Loire. The most likely European locations in my opinion are the Po, Lower Danube or one of the Russo-Ukrainan rivers. The Thames valley would be the most fun location though.

Wouldn't Yemen be too arid?

unless you somehow get rid of the Siberian High, nope

You can utilize the southern edges, but you need the carruca for it.

Obviously, a Siberian civilization couldn't work with "conventional" crops, but with Lands of Ice and Mice-styled "arctic agriculture", why not?

I think that horses and sea access are superfluous things when thinking about possible craddles of civilization.

For all intents the Amazon River is a sea by itself.

kinda true, but an understatement, there are only two seasons in the equator, wet and dry.

Nah, I think you are wrong, in fact it is one of the best soils in the world, on par with Ukraine and the Mississippi Basin.

Cucuteni–Trypillia: give them a king, a writing system and some temples, boom, you have Uruk in Europe.
Last edited: Dec 22, 2021

Diego said:
Nah, I think you are wrong, in fact it is one of the best soils in the world, on par with Ukraine and the Mississippi Basin.
Click to expand...

But you can't plant anything when there's a rainforest in the way.

Diego said:
I think that horses and sea access are superfluous things when thinking about possible craddles of civilization.
Click to expand...

Horses are very helpful, but not a requirement, that is true. Sea access greatly facilitates trade and makes establishing a civilisation much easier,

King_Arthur said:
But you can't plant anything when there's a rainforest in the way.
Click to expand...

It wasn't very easy to understand what I was quoting, but I meant the soil around the Parana-Paraguay-Plate River Basin, the area in present day Argentina is one of the best soils in the world and it is in a temperate climate, no rainforest there.


King_Arthur said:
Horses are very helpful, but not a requirement, that is true. Sea access greatly facilitates trade and makes establishing a civilisation much easier,
Click to expand...

Well, I can't speak for all early cultures, but at least the patterns of trade of Uruk and Egypt were mostly land trade, sea access would become important in the bronze age though, but I think that early civilizations didn't have the naval capacity to keep a sea route either for lack of knowledge or lack of trade partners.

Lake chad was part of the Sahelian agricultural complex along with the the Niger valley and Senegal.

Although a third rice domestication zone is viable at lake chad as wild rice was gathered there into the 1970s all while domesticated African rice was also being grown.
Last edited: Jul 2, 2021

An interesting video I came across today :

Diego said:
It wasn't very easy to understand what I was quoting, but I meant the soil around the Parana-Paraguay-Plate River Basin, the area in present day Argentina is one of the best soils in the world and it is in a temperate climate, no rainforest there.
Click to expand...

Oh yeah, that would make more sense. My knowledge of South American geography is limited so I'll take your word for it.
You must log in or register to reply here.
Top
Share:
Share
Top