In the 90s there were several Boeing 737 aircraft crashed and no cause was found until another one almost crashed. Turned out a small part in the rudder control unit was damaged. The 737 family is the biggest seller in the world. What would happen if the 737's kept crashing?
Would the 727 family (The previous best seller) keep going?
Airbus had just started building the A320 series just a few years before?
What do you all think will happen?

Banned
Also, the McDonnell Douglas MD-95 series was very popular as a smaller regional feeder airliner. There was significant internal competition with the smaller Boeing 737 airliners, and the MD-95 continued to be popular despite Boeing offering significant incentives for airlines to purchase 737 variants instead. The order books for the MD-95 were closed just before a major airline alliance was about to announce a decision for a new small regional feeder airliner, and it is thought that the alliance was leaning towards the MD-95.

The decision wasn't because Boeing had anything against the McDonnell Douglas products that it had purchased, as the MD-90, MD-95, and MD-11 all had successful market niches. It's simply that Boeing could consolidate operations around one model and production line to achieve higher efficiencies, and that decision was likely going to favor Boeing aircraft because there were more in service. MD-90 customers were moved to the larger Boeing 737 models, MD-95 customers to smaller 737 models, and MD-11 customers to 777 variants.

If the 737 was having problems, perhaps the separate lines might continue for longer, or the MD-95 might even take over the small regional airliner role at Boeing.

Douglas really is probably the biggie. The 727 is an interesting thought, especially given that passing thought was given to re-engining late ones by chopping off the whole tail assembly and putting in a pair of hi bypass fans (apparently AA was quite interested) but the last 727 was produced in 1984. By the time the 737s started crashing such a program is a non starter. Cancelling the 737 in 1991 would end in a sales push the 757, and quite possibly a revival of the 757-100 (which would have been an interesting, but dramatically uneconomical aircraft with a distinct resemblance to a bigger version of the A318 program).

For a 727 twin to happen you're going to have to ruin the 737 program much earlier than they appeared OTL (which given the failure in question and the aircraft affected actually isn't unreasonable, but also isn't what was postulated by OP). Certainly a 727 NEO twin could be upgraded just as much as the 737 has been, and this does seem likely should the 737 program be an early failure for technical reasons (of course the early sales were crap as well, and it came quite close to cancellation for that reason alone). The key is that it has to happen before the 757 really appears, and you've probably just butterflied that aircraft completely. That said, despite the 757s unique capabilities at the end of the day you probably can sell more 727 NG twins than 757s, as evidenced by the orders of magnitude greater sales of the 737 (which the 757, especially the 100, WAS supposed to eventually mostly replace).

A 727 twin being built in place of the 737-classics (300, 400 and 500) isn't an entirely unreasonable prospect though, OTL crashes aside. Remembering that the 737 really didn't take off in sales terms for quite a few years, and was already a 20 year old design when the classics were introduced (and the 727-300 wasn't) it wouldn't be a crazy timeline to imagine Boeing dumping the 737 as the odd man out in it's product line, re-engining the still more successful of it's smaller products and only re-entering the sub 727 size range when it acquires the MD-95/717 program.

That said, the 757 started off as more or less a twin engine 727 and gained its 767 commonality gradually over the course of the program, so this is sounding a lot like OTL less the 737. Really this is probably just going to hand Airbus a nice monopoly in the ~100 seat market; given the era things could go weird I suppose, like BAE having a comeback, Dornier actually launching the 728 family, Bombardier going forward with the BRX (basically an early 90s C-Series) or some combination of these programs being bought out by other players. Quite frankly though the most likely scenario really would seem to be a jump in Mad Dog sales, which are still too little too late to save the company. On the other hand, the 717 won’t be such an oddity in Boeing’s line, or creating internal competition, suggesting the MD-90 will stick around and creating a strong likelihood of further revisions.

Getting back to the early nineties accidents themselves, assuming we don’t have a vaguely ASB scenario in which 2000 odd airframes are banned from flying overnight, the 737 is going to be with us for a long time yet. If the program is effectively dead we really just come back to the discussion above. The 757 is still going to be the in house product of choice in the immediate future, though it will be pretty clear that the 100 isn’t a great option by this point. There are so many 100 seat prototypes, programs and proposals in the early 90s that barring Boeing snapping up the Dornier or partnering with Bombardier (neither seem that likely) I don’t think they’ll be launching an all new small aircraft at this point. In other words, once again, the Mad Dog ends up incorporated unreservedly in Boeing’s line and is probably still in production today. I doubt it can be pushed as much as the 737, so Airbus seems likely to consistently outsell Boeing in this market, but I also think that second place is large enough that it’s not going to cause huge issues. That said, a partnership in the last 10 years or so with one of the large regional jet programs like Sukhoi, Bombardier or Mitsubishi does seem a possible counter to the Mad Dog aging less gracefully than the 737.

Aside from that, I’d suspect the 757 gets a smallish boost in sales. Probably not HUGE, but existing (North American) domestic operators are going to be less strongly pushed toward the 737, and without the more extreme 737 stretches there won’t be an alternative large narrow body in any case. In any case, it doesn’t take many new frames to extend production long enough that the line is still open once the transatlantic capabilities become apparent (OTL transatlantic 757s only really became a major thing just as the line was shutting down). It’s not a big market in terms of airframe numbers, but I suspect those factors combined, along with no 737 nipping at it’s heels will result in a 757-NEO being developed. I suspect it would only get one variant, but a 757-400, sized similarly to the 300 but with new engines giving it the performance of the existing 200 seems a real possibility. This program could do interesting things to the 787, given that a third gen 757 could very much threaten the lower end of the 787s market, but I suspect the end result would be a similar to airbus. Which is to say that the 787 would happen as OTL more or less, but one of a stretched 757 or a smaller 767 would be getting new engines as a counterpart to the next gen program. I tend to suspect it wouldn’t be the 757 though, given that the 767 would probably still have major tanker orders coming as OTL.

tldr; there are some interesting possibilities given the number of ~100 seat aircraft being developed in the early nineties, but my guess is mostly that the Mad Dog gets a new breath of life. This could extend the 757 program, and might result in a re-engined 767 sitting alongside the 787, much as Airbus has kept the A330 around despite the A350. All in all, subtle changes to anyone who isn’t in the industry or a plane geek, but interesting ones for both those groups.

Banned
The Boeing 727 Super 27 might do well. It is an upgrade program that involves replacing the two outer engines with higher thrust JT8D-217 or JT8D-219 engines, the same used on many MD-80 series aircraft, as well as adding a hush kit to the center engine and a winglet option. 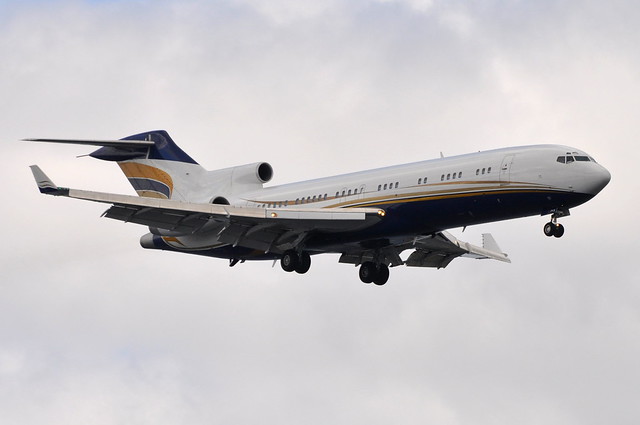 Does Southwest Airlines pick a different airframe and if so which one? Kind of important because they fly the 737 and only the 737.

Zheng He said:
Does Southwest Airlines pick a different airframe and if so which one? Kind of important because they fly the 737 and only the 737.
Click to expand...

As mentioned the early 757 designs did have a T tail and engines on the wing. It evolved from the 727-300 then when Boeing decided to go with it, It got larger, and the plan was to have commonality with the 767. I dont know if the 57 could of been downsized enough for the smaller 37 niche.

docfl said:
I dont know if the 57 could of been downsized enough for the smaller 37 niche.
Click to expand...

Physically sure. The 751 was going to seat about 160, and could conceivably have gone smaller, but it would really have been overkill in every way. To make it even approach sensible you're going to need down rated, ideally smaller overall engines and at that point I'd expect the program to resemble nothing so much as a bigger incarnation of the A318.

As for Southwest, I think they could go either way. The MD-80 would fit their model quite nicely, but they did operate some 727s OTL. It probably just depends who gives them the better deal ultimately.
You must log in or register to reply here.
Top
Share:
Share
Top